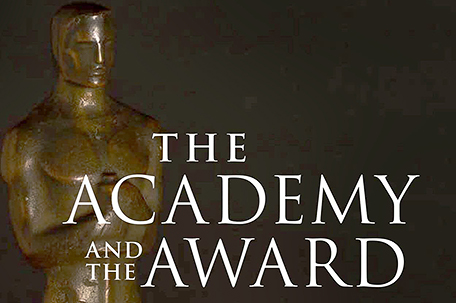 “The Academy and the Award: The Coming of Age of Oscar and the Academy of Motion Picture Arts and Sciences” by Bruce Davis (Brandeis University Press)

Film historians and others digging for a deeper vein of Oscar knowledge than mere trivia will turn up many nuggets in “The Academy and the Award,” which focuses on the initial three decades in the corporate life of the sword-wielding statuette.

Bruce Davis’ insightful history of the Academy of Motion Picture Arts and Sciences, the organization he served as executive director for 20 years, explains how the academy survived more than one near-death experience, usually related to funding, and created a cultural icon with its award. (Turning its annual awards ceremony into a television show in the 1950s, not an obvious solution at the time, eventually took care of the money problem.)

The broad story is already known. Amid sex scandals and censorship efforts in the 1920s, the film community sought a way to emphasize the art of the motion picture. Industry artists and businessmen founded the academy in 1927 and then created an award to give their argument for film’s creative independence a symbol.

The backstory, however, has been unknown or misinterpreted at times, in part because the academy has guarded the minutes of its directors’ meetings and other records. That archive was opened for Davis. The inclusion of mundane details in this history is understandable, if tedious at times, since it may well stand for decades until the academy lifts the veil again.

Along the way Davis provides an origin story for the Oscar statuette that’s as colorful as a superhero’s and debunks the legend of how the award got its name (it’s complicated). He also unwinds such byzantine decisions as those creating, killing or tinkering with various awards categories. Most revelations in the book are of the boardroom variety and can be rather dry when compared to the stormy, sexy, risky act of moviemaking.

The book rolls to a stop ahead of the tumultuous 1960s, leaving one to wonder what lies in the academy archives about the organization’s internal debates, if any, over the impact on its awards and TV show of civil rights, the drug culture, Vietnam and even shootings (the show was postponed in 1968 in the wake of The Rev. Martin Luther King Jr.’s murder and again in 1981 after President Ronald Reagan was shot).

What about Oscar’s own scandals, such as the refusal of awards by George C. Scott in 1971 and Marlon Brando in 1973, the presence of a streaker at the 1974 awards show, the Best Picture foul-up in 2017 and, of course, this year’s slap seen ’round the world?

Oscar would be lucky to have as keen and even-handed a historian as Davis to explore its next era.