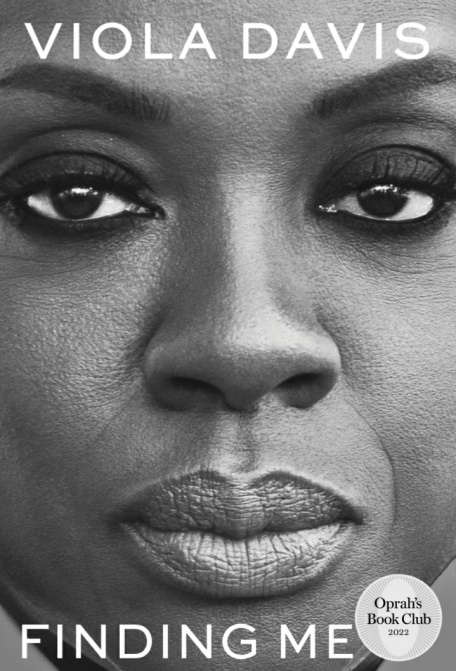 “Finding Me: A Memoir” by Viola Davis (HarperOne)

Brutally honest and honestly brutal, actor Viola Davis looks back on her childhood like the victim of a disaster still dazed by the experience but remembering every terrible moment.

Her alcoholic father routinely beat and bloodied her mother. Viola and her five siblings lived in a rat-filled house that lacked dependable heat and plumbing. Often unwashed, they attended school in dirty clothes. Lunch at school was their only reliable meal.

Other children in the predominantly white town of Central Falls, Rhode Island, tormented Viola, shouting anti-Black epithets as they chased her after school and threw rocks. All the school kids watched the day the fire engines came to save her home from a blaze. The humiliations were unending. Later, sexual abuse joined the list.

Today, Davis is a celebrated actress, winner of an Oscar (“Fences”), two Tonys (“King Hedley II” and “Fences”), an Emmy (“How to Get Away with Murder”) and many other honors. Yet her self image as a fleeing 8-year-old — ugly, stupid and unwanted because she was told so — never left. What changed for Davis was how she looked back, seeing that child now as a survivor and appreciating the adult she became as one who had found joy, love and accomplishment.

To an observer, Davis had courage even if she didn’t know it at the time. The introvert made a place for herself in school theater. The troublesome student earned a scholarship for college and then a place at Juilliard. The theater-struck but small-town girl endured life in New York with all the auditions and rejections facing an actor. Working with the best when she was unsure of herself — Meryl Streep! — took some pluck. And when love finally opened its door, she stepped inside.

And now Davis writes a blistering memoir, not a rueful remembrance told in the kind of polished prose that suggests, well, it wasn’t all that bad. “Finding Me” is raw in its anger, shocking in its frankness, often downright vulgar — and wonderfully alive with Davis’ passion poured into every page.

Viola Davis memoir ‘Finding Me’ scheduled for next April