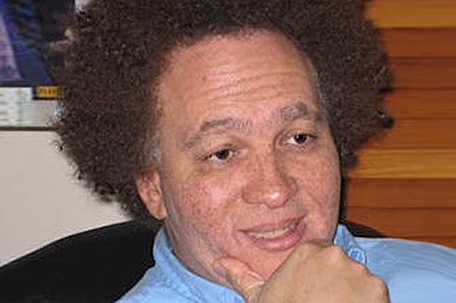 Over 20 years ago, (has it been that long?) when I started as managing editor of the SUN and was looking for good writers for the paper, Lloyd ‘Kam’ Williams sent SUN publisher/founder the late J. Whyatt Mondesire, an email offering his services as an entertainment writer.

This man pretty much built our entertainment section with his movie reviews and interviews with the “who’s who” of Hollywood from A-list to D-list.  The SUN greatly valued Kam’s acumen in his writing; his ability to draw out celebrities in interviews and make them more interesting; his accurate and witty movie reviews and Kam’s Kapsules, opening movie shorts playing for the week.

Kam was very supportive of African American actors without discounting non-Black ones. The first time I was truly impressed was when he secured an interview with Jack Nicholson. I was a Jack fan, but I didn’t know how Jerry would feel about it, being the SUN was a Black newspaper, and our focus was on Black celebs.

But Jerry was also a huge movie buff.

“Hey Jerry, how would you feel about an interview Kam did with Jack Nicholson?” I asked.

Kam’s prolific offerings no doubt increased the visibility of the SUN.

As busy as Kam was, every now and then I’d enjoy chats with him about some of the actors, the quirkiness of a few of them, and about what was going on in our own lives. He talked about his son — of whom he was so proud of — and his wife Susan, who was so kind and gracious when I would call.

I had no idea he was as sick as he was until he told me. He sounded calm and resigned and I thought, “Okay he’s got this, he’ll be okay.” I thought something was up, because he wasn’t sending his usual volume of work, and hadn’t done any interviews in a while. And that wasn’t like Kam.

The email his family sent telling me that he died punched me right in the stomach.

Kam Williams was a great writer, but he was also a great guy. The SUN family will miss him and his work. Rest well, Brother Kam.