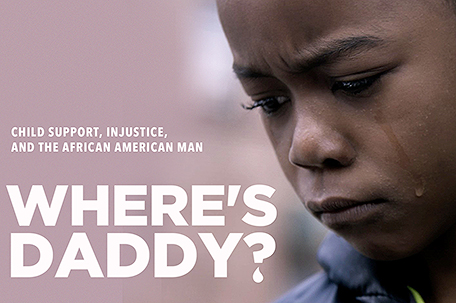 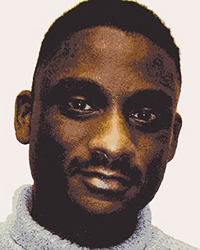 Dowdells second feature, Changing the Game, is a drama that was shot in Philadelphia over the course of a summer. The film stars Sean Riggs, Irma P. Hall, Dennis L.A. White and Mari White, with special appearances by Sticky Fingaz and Tony Todd. The picture was cited by FilmFresh.com as one of the top three African-American films of 2012.

Kam Williams: Hi Rel, thanks for the interview.

Rel Dowdell: Always an honor, Kam. This was an interview I was really looking forward to doing.

KW: I loved “Where’s Daddy?” What interested you in the subject of child support?

RD: I was simply tired of seeing how negatively African-American fathers were depicted in the media. Shows like “The Maury Povich Show” truly cast a disparaging light on African-American fathers who always look completely dysfunctional in relationships with African-American women. And, in addition, they look like they are always embracing the aspect of not being a responsible father, like it’s the last thing on their minds. They look scared to death to be a father and running from fatherhood. Moreover, they have hatred for the child because the child was with a woman they no longer have an affinity for. Those are very damaging and malignant images in society today. One should never embellish stereotypes that are crippling. Therefore, I wanted this film to show that there are a myriad of African-American fathers out there who really want to be active and loving fathers to their children, but have been faced with some arduous circumstances, some seen, and some unforeseen, that have hindered them from doing so. I wanted to give African-American fathers a voice that they previously did not have, to share their most personal stories about the pitfalls they have faced with the child support system and their failed relationships.

KW: This was your first documentary. Did you have any trepidations about tackling a new genre?

RD: A little. I realize now that it’s vital for filmmakers to embark on doing a feature-length documentary. It really makes one go into places and chasms of creativity that one previously would never have the chance to with doing strictly feature films. There’s a certain nobility in working with subjects who are giving you their innermost feelings with no script. It’s cathartic, not just for the subjects, but also the filmmaker. I thought your comment in your review comparing me to Michael Moore was insightful, for the African-American community has never really had that type of filmmaker tackle some of the most important and affecting issues in our community. It’s long overdue.

KW: How do you go about presenting a balanced view of the child support issue when you might be tempted to slant the film towards one side or the other?

RD: You have to go into dealing with each subject in a non-accusatory fashion. Don’t make each subject feel like it’s an interrogation. One of my subjects was a father who had eight children with seven different women. One may feel that father should be demonized. However, it was important to let that particular father tell why he made the decisions he made over and over, and see if he learned anything from them. His answers, I think, will surprise the audience. I also asked an African-American mother why she filed for child support. Her answer, I think, will also surprise, as well as enlighten.

KW: Who is your intended audience?

RD: Everyone. We all came from parents. Some of us have great and loving relationships with our parents, and some, unfortunately, do not. Some people never knew who their father was, and that’s tragic. Our parents, or lack thereof, have a profound effect on our lives and the person we end up becoming. The child support system has a lot of problems with it that people do not want to discuss. It’s taboo to millions of people. That’s what makes this film so important. It’s not dealing with an “also ran” topic. It’s not dealing with a topic that’s only relevant for a short period of time. It’s dealing with one that’s lasting and paramount to all communities, for it affects all communities. However, it affects African-American fathers, and subsequently, their families, often in vastly more negative fashions. One father says he was about to take his children fishing one morning, and the sheriffs came and shackled him in handcuffs and foot shackles like a slave. Imagine how that indelible image will affect his children long-term. 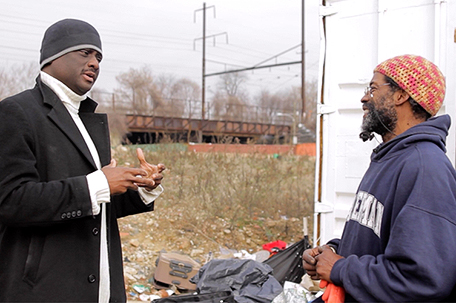 KW: What message do you want people to take away from Where’s Daddy?

RD: That the child support system does not truly assist who it’s supposed to, which are the children. It often creates irreparable resentment and hatred between fathers and mothers. Men have died from it. Men have become emasculated from it. Men feel like they have no self-worth from it. Children become broken mentally and emotionally from it. Often, mothers even hate their sons from it because of the estranged relationship with the father. This begins another cycle of dysfunction and emasculation. It is important to remember that first things learned are hardest to forget. Traditions pass from one generation to the next. The system needs to be changed. I hope people embrace the message. There’s something in it for everyone.

RD: Most definitely. I hope that comes across in the film. One major spiritual component that I’ve always embraced is to welcome the opportunity to be a messenger or an emissary. It is a blessing.

RD: Thank God, I had a great family support system. I had both parents, grandparents, uncles, aunts and cousins who all had significant impacts on my life that I will always be thankful for.

RD: Working maintenance at a bank. Putting in light fixtures and sweeping the streets out front.

KW: The Toure question: Who is the person who most inspired you to become the person you are today?

RD: I would probably say my mother, for she took me to a lot of movies when I was a child. I was greatly influenced by those experiences. There’s nothing like having the cinematic experience on a consistent basis when you’re growing up. I became fascinated and captivated by it.

KW: Rudy Lewis asks: Who’s at the top of your hero list?

RD: Anyone who’s not afraid to stand up for themselves and rise against adverse circumstances.

RD: Some luminaries like Nelson Mandela, Gandhi, Dr. King, Fannie Lou Hamer, the Dalai Lama, Sidney Poitier, Hattie McDaniel… And tell Sanaa Lathan she’s invited, too! I would serve a culmination of everything. Exquisite foods from all cultures. That would be awesome.

KW: What has been the biggest obstacle you have had to overcome?

RD: Realizing that, sadly, many have an inherent fear and dislike of African-American men for no reason. This can even pertain within the African-American race in how we deal with one another. As an African-American man with principles and pride, I realized that at an early age, and I am always on alert for it.

KW: The Dulé Hill question. Do you think that the success you’ve achieved in your career is because of you, because of a higher power, or because of a mixture of both?

RD: Definitely both. The higher power makes you who who are, but it’s up to you to embrace it.

RD: Racism and discrimination against African-American men. It’s an epidemic that needs to be addressed and rectified with the closest of attention by those who understand it and can really make a difference.

RD: During those moments of solitude and reflection when I know I’ve completed a task successfully.

RD Not money! I lose money too much when it’s in there. I’ve learned to just keep cards in my wallet. They can be replaced, but money can not.

KW: Thanks again for the time, Rel, and best of luck with the film.

RD: Thanks a million, Kam! It’s always a privilege to converse with one of the world’s preeminent and most socially-aware critics.

To purchase a copy of “Where’s Daddy?” visit: