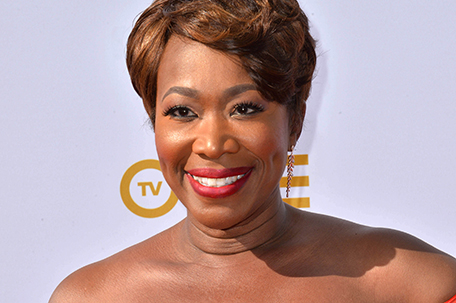 NEW YORK — Joy Reid says she wants to bring some different perspectives to MSNBC’s evening lineup — lots of them.

As anticipated, the host of MSNBC’s weekend “AM Joy” show was appointed Thursday to succeed former “Hardball” host Chris Matthews in the 7 p.m. Eastern time slot on weekdays.

“We are going to try to fire out of the gate with whatever is the most important thing that’s happening that night, and try to frame it and contextualize it,” Reid said in an interview. “Hopefully, I have a very unique frame.”

As a Black woman, Reid addresses a somewhat embarrassing oversight at a news and talk network aimed at a mostly liberal audience. Before her selection, the 5 p.m. to midnight hours were hosted by five white men and one white woman.

“She’s earned this, spot on,” said NBCUniversal News Group Chairman Cesar Conde, who has said his goal is a workforce with 50 percent minorities at NBC News, MSNBC and CNBC. “I happen to think she’s the right person for the right moment in time.”

Reid was a news junkie, a sixth grader who convinced her mother to let her stay up late to watch Ted Koppel’s “Nightline” reports on the Iran hostage situation in 1979.

“It almost didn’t even sink in until I was older that I was watching a parade of white men tell me what’s happening in the world, explaining the world to me,” she said.

She naturally brings a different perspective to stories, particularly with the current debate over policing

Reid has also sought, like MSNBC predecessors Melissa Harris-Perry and Ed Schultz, to seek out a greater variety of sources for stories. Instead of bringing in a frequently-seen Harvard professor for a story on the economy, why not find an expert from Morehouse College, for instance?

Reid appears to have worked past a damaging incident from 2017, when anti-gay statements from a blog she wrote a decade earlier were revealed. Reid hired an investigator, convinced she’d been hacked. She later apologized when the investigator could find no evidence the words weren’t Reid’s.

Harris-Perry was among the colleagues who tweeted congratulations on Thursday, as did Soledad O’Brien, Yamiche Alcindor, Jonathan Capeheart and Craig Melvin.

So did Dan Rather, who she grew up watching. And Matthews, who was forced into an early retirement in March following a series of gaffes and an article that accused him of inappropriate comments to some women on his show.

“Joy will prove once again her commitment to telling the truth about our country’s history, our present challenges and her hopes for America’s future,” Matthews tweeted. “She’s the real deal.”