Reflections on ‘Roots’ by stars of History Channel’s new version 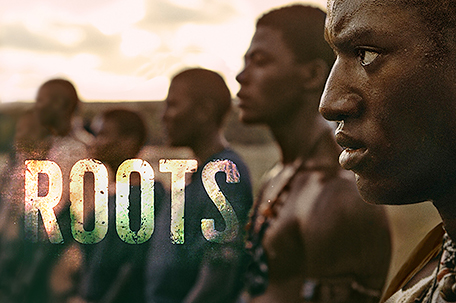 NEW YORK — Will history repeat itself with the remake of “Roots” ? 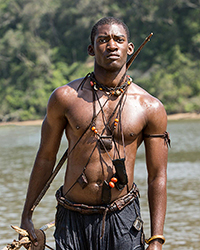 The original miniseries, based on Alex Haley’s best-seller, became a national phenomenon in 1977 as it told the multigenerational saga of his forebears, beginning with Kunta Kinte, a West African teen captured in the mid-1700s by slave traders and shipped to America.

Now, four decades later, “Roots” is being retold in a lush new production that, while running about 6.5 hours versus the original’s about 9.5 hours, boasts a brisker pace with a heightened focus on the suffering and triumphs of Kunta Kinte and his descendants, and less attention to Americans along the way.

Airing Monday through Thursday at 9 PM EDT on the History Channel, it is already raising questions like: Why do it again? How to account for its enduring relevance? And, what was the impact of being part of it for its stars? 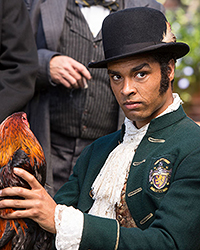 “I felt very inadequate,” said Malachi Kirby, who plays the central role of Kunta Kinte. “I had no idea how to take this on. He goes through things that I will never experience. He feels things that I don’t think I’ve ever felt. I play him from 18 to 50; I’m 26. There was something bigger than myself, something bigger that I needed to access to reach the depths of who this man was. That led me to pray. A lot!”

Rege-Jean Page, who plays Chicken George, said that following Ben Vereen’s indelible performance in the original miniseries meant “a huge amount of pressure. A MASS of pressure! It was a bit of a millstone around my neck. But when something’s important, when it calls on everything you’ve trained for, the trick is to flip the millstone around, onto your back. Then it gives you momentum.” 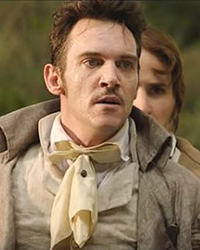 Jonathan Rhys Meyers, who plays Tom Lea, a cruel and violent slaveholder, acknowledged “many people have said, ‘Oh, God, do we have to make it again?’ Well, yes. When they made it in the 1970s it was almost a ‘Masterpiece Theatre’ version, whereas today, with our current ability and technology, we can produce ‘home cinema,’ which is something completely different from ‘television.’”

Said Page, “I have always found it curious that Americans consider ‘Roots’ an American story. I first watched it growing up in Zimbabwe, and I naturally saw it as an African story. It is about Africans brought to America and having a new identity forced upon them. Kunta Kinte is NOT an American, and he utterly rejects that idea at every turn. But this is a story of the MAKING of America, and I think there is no wrong time to retell and improve upon our knowledge of that story.

“This is a period piece, and we have a million, billion Jane Austen remakes,” he added. “When you turn the camera on a period drama about people of color, you tend to find a slightly more difficult situation. But still, it’s a story about people in a period of history.”

Being a bad guy

“Tom Lea is what I detest in all men. He’s a ne’er-do-well, ignorant, greedy, with uncontrollable anger,” said Meyers. “When I walked on the set, it was, ‘Here comes the bad man!’

“There were these two African American guys I was friendly with who were playing older slaves on Tom Lea’s plantation. On one of the last few days of the shoot, they looked at me and said, ‘Tom Lea! You a DOG of a man! Jus’ tellin’ you, you a DOG of a man.’ I said, ‘Thanks very much, guys. I love you, too.’ Mission accomplished.”

Being a good guy

Anna Paquin plays the small but key role of Nancy Holt, a Confederate officer’s fiancee, in a performance she feels drives home an important message.

“You can’t stand by and do nothing,” she said. “You’re not off the hook just because you weren’t the one wielding the whip. Inaction, just like action, can represent complicity. That’s what she means to me.”

A first brush with “Roots”

“I was taught about slavery,” said the British-born Kirby. “But it was the ancient Egyptians. That’s the closest I got to African history.”

Meanwhile, his first contact with the hero he would later portray was a negative one.

“Schoolkids – black and white – would call me Kunta Kinte as a cuss,” he said. “If ever my hair was particularly messy, if ever I looked scruffy at school, I would be called Kunta Kinte. My first impression was that it was bad to be African and bad to be associated with him.”

Then, just three years ago, he viewed the full miniseries, a boxed set he got as a gift from his mother.

“It had a profound effect on me. It still affects the way I think and the way I navigate my way through life.”

Is “Roots” too downbeat?

Kirby cited the horrific scene where Kunta Kinte is whipped, and whipped some more, until he identifies himself as Toby, the name the plantation owners have imposed on him.

“He does not give that name up as submission, but for survival,” said Kirby. “He gives that name, the name they want to hear, so he can fight another day. And he will.

“He took control! He was not a slave. None of the people depicted in this story are slaves. They are African people enslaved – an important difference. ‘Roots’ focuses on a particular group of people who defy the odds, and win, eventually, even if it isn’t in their lifetimes.

“This is, for me, a very positive story, and a very empowering one, if only we have that perspective on it.”