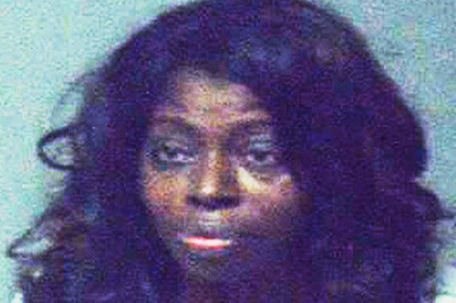 LITHONIA, GA –CBS 46 in Atlanta reported that R&B singer and songwriter Angie Stone was arrested Tuesday in DeKalb County on suspicion of hitting her daughter in the face with a metal stand, police said.Stone was booked into jail on a charge of domestic aggravated assault.

The alleged incident took place Monday night at the singer’s home in Lithonia.

A police report quoted her 30-year-old daughter as saying Angie Stone came into her room demanding her to clean it up. Diamond Stone said her mother also told her to control her children, who were running around the house half-naked, officers said.

A fight broke out, according to police. Diamond Stone could not remember who lashed out first, the report stated. She said her mom struck her with a metal stand, knocking out her front teeth, police said.

Diamond Stone denied fighting back and said she chose to simply walk away.

A family friend witnessed the altercation but police said she was unable to provide any pertinent details.

Angie Stone told officers she did not realize she had hit her daughter but when she did, “she quickly put the stand down and attempted to get away,” the police report stated.

Diamond Stone was not charged and released from police custody.

Angie Stone bares her neo-soul in new single, “Do What U Gotta Do” album due Sept. 25