Raven-Symoné posts wedding photos, ‘I love you’ to new wife 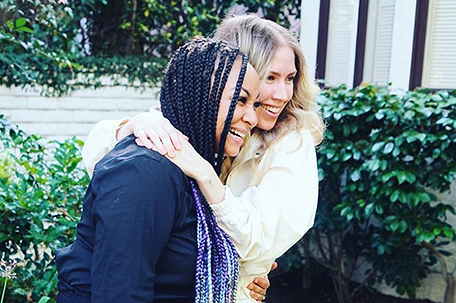 “I got married to a woman who understands me from trigger to joy, from breakfast to midnight snack, from stage to home,” Raven-Symoné wrote in a post Thursday that included a photo of her embracing Miranda Maday.

“I love you Mrs. Pearman-Maday!” wrote Raven-Symoné, whose birth name is Raven-Symoné Pearman.

In another post, she offered thanks to those who helped with the wedding and to “those who understand why it was small during this time.” The photos indicated the ceremony was held in a home’s backyard.

Raven-Symoné gained fame as a child actor in “The Cosby Show” and went on to lead her own series that included “That’s So Raven” and “Raven’s Home.” Her other credits include “black-ish,” “The View” and “The Masked Singer.”

A LinkedIn profile for Miranda Maday describes her as a social media manager who has worked in the entertainment industry for more than a decade, including as a personal and executive assistant.

An effort to reach Raven-Symoné’s legal representative for further details was unsuccessful because the law firm was closed Thursday and not accepting phone messages.