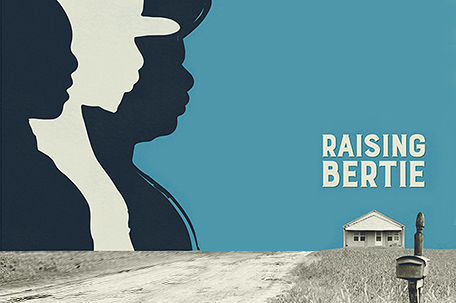 A new title to watch for from our friends at Kartemquin Films – a company responsible for some of the most significant documentaries made during the last 20 years (some we’ve covered on this blog) such as “Hoop Dreams,” “The Interrupters,” “The Trials of Muhammad Ali,” and “Roger Ebert, Life Itself” – titled “Raising Bertie.”

Produced by Kartemquin co-founder Gordon Quinn and Justine Nagan, and directed and produced by Margaret Byrne, the documentary, set in Bertie County, a rural African American community in Eastern North Carolina, takes the viewer deep into the emotional lives of three young boys – Reginald “Junior” Askew, David “Bud” Perry, and Davonte “Dada” Harrell – as they face a number of challenges over six years as they grow into adults; unemployment, institutional racism, violence, first love, fatherhood, death, and estrangement from family members and mentors, all while trying to define their identities.

The profound cinéma vérité film made its world premiere at the Full Frame Documentary Festival in Durham, North Carolina on April 9, 2016. It most recently screened at the Bentonville Film Festival, and will next stop at AFI DOCS in DC in June. Follow the film (which has been described as “raw and starkly poetic”) as it continues to travel the film festival circuit, via its Facebook page here.

“This film has been a labor of love. Over the last seven years, we have maintained close, trusting relationships with each family in the film. I love them and am honored that they trusted me, gave me an unfiltered window into their lives, and believed what we were doing was important,” said director Margaret Byrne previously. “The individuals in this story are representative of their community and they matter.”

The film is a production of Beti Films and Kartemquin Films.