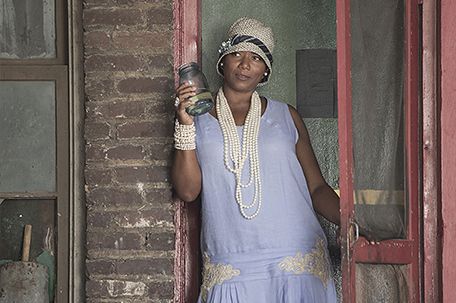 “The blues is not about people knowing you, it’s about you knowing the people.”

Queen Latifah stars as legendary blues singer Bessie Smith in the HBO Films presentation of “Bessie,’ directed by acclaimed filmmaker Dee Rees from a screenplay by Dee Rees, Christopher Cleveland & Bettina Gilois. With a story by Dee Rees and Horton Foote, the film focuses on Smith’s transformation from a struggling young singer into “The Empress of the Blues,” who became one of the most successful recording artists of the 1920s and is an enduring icon today.

Indiewire’s Becca Nadler reported that Smith achieved widespread fame as one of the highest paid black singers in the ‘20s and ‘30s, but led a turbulent life fraught with infidelity and a difficult marriage. She also pioneered the way for queer women in jazz with her openness about her bisexuality, which pervaded both her onstage and offstage presence.

“Bessie” is set to air on HBO Saturday, May 16 at 8 p.m. EST.  Check your local cable TV guide for HBO channels.