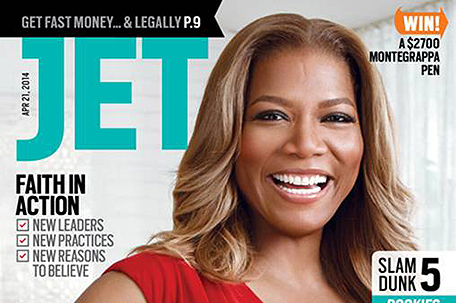 Queen Latifah’s place in hip-hop is secured, thanks to a successful career in rap that has expanded into movies, her own production company and a hit daytime talk show.

As she graces the cover of the new Jet magazine, Latifah provides a glimpse into her personal life as she opens up on a variety of topics, including:

When her faith was most challenged

The biggest thing to ever test my personal faith was the loss of my brother in a motorcycle accident… I believed it ruined my life. I probably had a five-year interruption in any type of personal growth. There were some things I didn’t learn in my 20s because I was disconnected emotionally. I could only get so close or feel so much.”

How she was able to move forward

I fell in love. It was like a circuit breaker had switched off.

If she wants to have children

I’ve wanted to adopt since I was 18 because I grew up with friends who could’ve used good parents. Maybe it’s my romanticism of after-school specials where someone would adopt a child and life would be great afterward. I have a lot of love to give.

It was a beautiful moment and not a political decision… I knew it would make a statement and I’m fine with the statement it made.

Why she did a talk show after a 13-year hiatus

I had a lot to share and wanted to add some positivity to daytime TV; something fun, energetic and with a little more flavor. Personally I’m in a much better spot. I’ve done a lot of growing and I’m okay with being in one place for a prolonged amount of time. Before, I was a bit more nomadic.

I’m in a totally different place now. I wanted to accomplish so much the last time around— acting, singing, producing— so I wasn’t completely focused. Of course I still enjoy doing all of those things but I really want to be here. I’m so excited to go to work every day on the show.

For more of Queen Latifah’s interview, pick up the latest issue of Jet.