“Queen of Katwe”— Check this Queen out, Mate 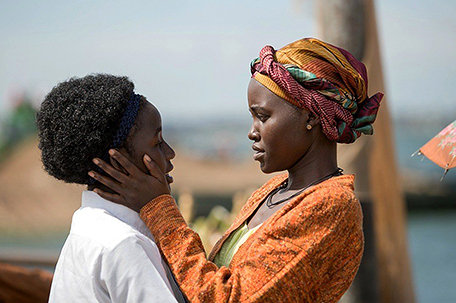 Disney is really brewing a lot of diversity magic in their chambers lately with their first Latina princess set to conquer the small screen, and now it seems they’ve returned to the Motherland to crown another member of the royal court in upcoming film “Queen of Katwe.”

The “Queen of Katwe” is set in the rural village of Katwe in Kampala, Uganda.  Based on a true story, the film follows 10-year-old Phiona Mutesi (Madina Nalwanga) as she learns the game of chess through football (soccer) coach turned missionary Robert Katende (David Oyelowo).  Eventually she excels enough at the game that she is invited to compete in the international chess championship, with the love and support of mother Harriet (Lupita Nyong’o) and her village behind her.

Directed by Mira Nair (The Namesake), the film is rated PG and set to premiere at the Toronto International Film Festival in early September, and opens nationwide on September 23rd.