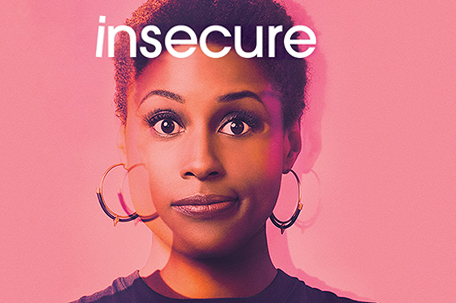 NEW YORK — The response to season one of Issa Rae’s HBO series, “Insecure,” was so strong, particularly on social media, that countless (and hilarious) memes were created about the star characters, and the show’s male fans rallied behind the male lead after he had been cheated on.

It sparked the age-old debate about male and female relationships.

And Rae loves the attention.

“It just felt like the fruits of our labor being celebrated in a way we that we didn’t even anticipate,” said Rae, the show’s creator, writer and star. “It just made us, if anything, more geeked to tell stories in season two.”

But Rae added that she didn’t let the fans and commentators influence them as they began writing and filming the new episodes, which kicked off Sunday at 10:30 p.m.

“We were also not taking anybody’s feedback or story lines into account, because they would have had Issa out here pregnant and baby mama drama, so, no,” she said, smiling.

Life has been busy for 32-year-old Rae, who earned a Golden Globe nomination for her role as Issa Dee in the series. In the new 8-episode season, she’s trying to move on after cheating on Lawrence, played by Jay Ellis.

In an interview Thursday with The Associated Press, Rae talked about the show’s male fans, getting snubbed at the Emmys and her thoughts on the upcoming HBO series “Confederate,” which was criticized from some who fear it will glorify racism.

AP: What was it like going back into the writer’s room?

Rae: The day after the finale we were back in the writer’s room, so we were so (expletive) excited … It was actually a writer’s retreat. We were mad excited and sharing the memes.

Rae: When they put (Lawrence) on (Beyonce’s) ‘Lemonade’ (album cover), that was hilarious … but my favorite one … it was the most absurd, it was like Martin (Luther King Jr.), Malcom (X), Nelson Mandela, Lawrence. I was like … this is so dumb. It’s so absurd. It’s so amazing.

AP: So many of the show’s male fans dogged your character when you cheated, and they rallied behind Jay Ellis’ character. What did you think of that?

Rae: I was talking about how initially when the show started, I got a lot of criticism from Black men who were assuming we were tearing down (Black men) because of the Lawrence character. They were like, ‘Another deadbeat Black dude. Here y’all go, Black women.’ And then to see them at the end of the season just like really behind him was, ‘OK, I told you.’ Give stuff a chance. And we weren’t pandering to men, by any means. This is not a show created for men, but it’s cool that they identify with it.

AP: Do you feel there’s a double standard when it comes to cheating?

Rae: It’s almost like (women are) expected to deal with it. And it’s such a betrayal when a woman cheats on a man in a man’s eyes… You cannot be forgiven.

AP: People were surprised to when you didn’t earn an Emmy nomination last week. Did you expect to get nominated?

Rae: For me I try not to think about it and it’s a pleasant surprise. For this particular time, because it timed so well with season two, I was like, ‘Oh (a nomination) would have been so dope for the promo for the (new) season,’ but then I was over it.

AP: You have a development deal with HBO. What else are you working on?

Rae: As soon as I get back we’re kind of getting the ball rolling on that next project from a writer I’m really, really excited about… It’s a series. It’ll have a hand on HBOGo and air live, but it’s kind of experimental. HBO hasn’t done this before. So I’m very excited about it.

AP: When HBO announced the new series, “Confederate,” this week, social media went crazy. What are your thoughts?

Rae: It just feels like, ‘Why? Why are we telling this story right now?’ I love the ‘Game of Thrones’ creators, I mean the showrunners, but it just feels so unnecessary especially during this climate. I’d like to give them the benefit of the doubt, but I think at this point it’s just, you know, I’m not really here for it. It’s so funny because on our show we touch on television’s obsession with slavery via our parody show … But, yeah, given us kind of clowning the obsession with slavery on television shows and movies, it just feels deeply ironic that they would pick up this show, but we’ll see.

AP: What’s it been like seeing your show become such a success?

Rae: It’s rewarding that people have taken these characters into their homes and it feels like we’re dispelling all the years when people were like, ‘This show won’t have an audience. Like, it won’t do well.’ Props to HBO for seeing the vision and trusting us to tell our own stories. And I feel like there’s a difference when we get to tell our stories and you have so many people of color involved, it just feels more authentic and rooted, and I think people recognize that, of all colors.