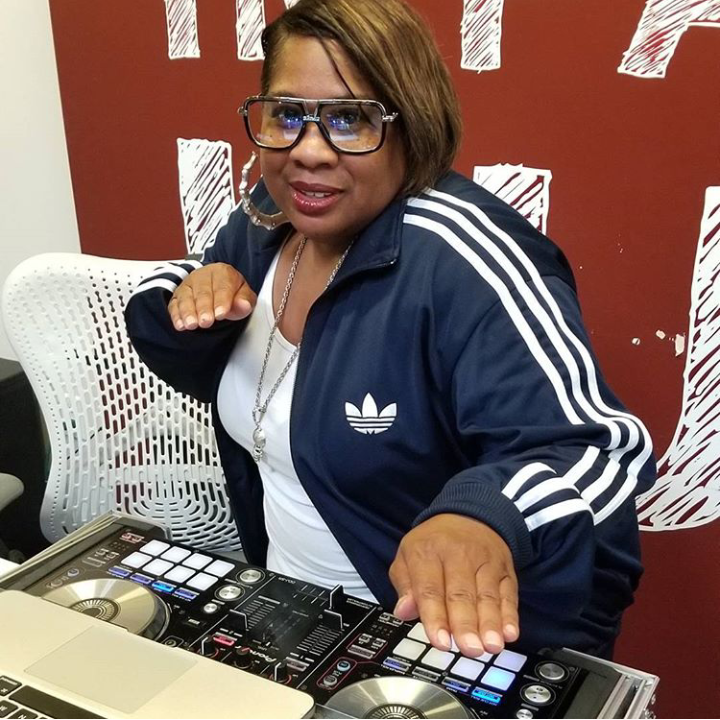 Bay Area hip-hop star Pam Warren, who was better known as Pam the Funkstress, has reportedly died at the age of 51 from organ failure.

Warren was an influential DJ who spun for Prince and was a longtime member of The Coup, the politically charged East Bay hip-hop duo also featuring Boots Riley.

Word of her passing spread via social media, with her own personal Facebook page filled with RIP messages. Others, such as KBLX DJ Sterling James, mourned the loss via social media.

“Dear Queen, Sister, Friend….. I will miss you so,” James wrote on a Facebook post of a picture showing the two of them together.

Others also Tweeted about her passing.

No official statement has been issued about her death.

More details will be added as they become available.

Warren had long been battling an illness and was hospitalized recently. Information about what she was going through was posted on her Facebook page earlier this month, directing people to a GoFundMe page to help with the medical expenses.

“Purple Pam, recently underwent organ transplant surgery and remains in critical condition. Your immediate donation will help to offset the growing medical expenses for her prolonged medical care and her road to recovery.,” read a Facebook post.

The GoFundMe page can be found here.

Warren’s condition was initially publicized after her friend, Bay Area actor and musician Daveed Diggs, reported it on Twitter in November.

“Please send all your love and good energy out to Pam The Funkstress who in the hospital in critical condition,” Diggs wrote in a Tweet. “She is a Bay Area legend who has always loved and supported young artists. We love you Pam.”

Warren was a music trailblazer, who ranked among the first female DJs in hip-hop. She has also been known as a leader and generous mentor in the Bay Area hip-hop scene.

Her talent was recognized by none other than Prince, who called upon Warren to DJ for him not long before his death in 2016. She reportedly jammed with the Purple One, as reportedly DJ’ed several after-concert gigs during Prince’s final tour.

Remembering The Purple One