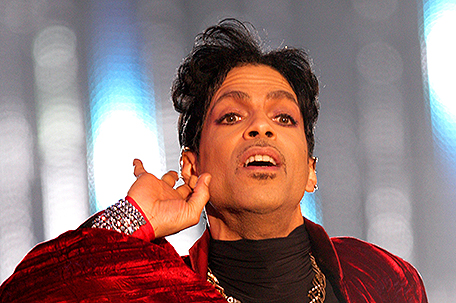 A celebration of the late Prince’s life is set to be held at his Paisley Park Studios compound in Minnesota on the anniversary of his death, April 20-23, 2017.

Prince’s former bands The Revolution and 3RDEYEGIRL are scheduled to play at the event, with more artists to be announced soon.

Prince died from an accidental overdose of the painkiller fentanyl on April 21, 2016, at the age of 57.

In addition to the upcoming celebration, there’s also a Prince documentary biopic in the works titled Prince: R U Listening? from acclaimed Emmy and Peabody-award winning director and producer Michael John Kirk, known for his stellar work on the PBS documentary series “Frontline.”

The film will chart Prince’s early years and rise to super-stardom, as seen through the eyes of his bandmates, friends and family, including contributors Dez Dickerson, Prince’s first guitar player, Andre Cymone, Prince’s close friend and original bassist, as well as Bono, Mick Jagger, Billy Idol, Lenny Kravitz and Sheila E. to name a few.

Swiss distributor Ascot Elite Entertainment Group has has acquired all rights to what is described as a high-profile independently-produced documentary, from US international sales and finance company 13 Films.

A mid- to late 2017 release for the film is eyed, likely on the international film festival circuit.

No other details are available on the project at this time.

“Screen Daily” was first to report the news on Prince: R U Listening?