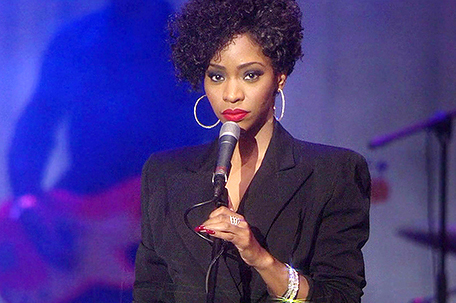 I’m certainly encouraged by the moves TV One has been making, in order to bolster its standing in TV land, especially in terms of original scripted programming.

Certainly not to be overshadowed by competitor BET Networks, TV One recently (less than a month ago) unveiled a loaded slate of upcoming new and returning series, as well as new original movies during the network’s annual Upfront presentation in New York City, promising to “defy expectations” in 2016/2017 with premieres of a whopping 26 original movies and the network’s first-ever scripted drama series.

It was around this same time last year when the network unveiled its programming plans for the 2015-2016 television year, during its first ever upfront season with new President Bradley J. Siegel at the helm.

The presentation included the announcement of more than 460 hours of original programming, including 8 new series and specials, 16 movies, as well as new production relationships with new partners, including familiar industry creatives and executives like Suzanne de Passe, Chris Stokes, Charles Murray, and Reuben Cannon.

Much of the promised original programming has aired, or is currently airing on the network.

Still forthcoming this year (or possibly next year) are a number of new original movies and TV series, some of which I’ve highlighted below.

On the heels of the success of To Hell and Back and For the Love of Ruth, Chasing Waterfalls tells another Biblical story, this one inspired by the Story of David, but set in the treacherous, cutthroat waters of the fashion industry. It follows the rise and fall of Olivia, a God-fearing woman, who hides behind her faith and is ultimately brought down by her greed and quest for power.

2.) Next is Ringside, which is written, produced and directed by Russ Parr (The Undershepherd, Hear No Evil), which tells the tale of an undefeated boxer who prepares for a game-changing fight while being taunted by his outrageous belt-holding opponent and his corrupt former manager.  In order to win the life-altering bout, he must zone out of the chaos of groupies, gambling, and other distractions, including his rhyme-stealing rapper brother, gambleholic manager and promiscuous sister, says the official network synopsis.

Originally set as a feature film that was slated to premiere in the third quarter of 2015, it looks like it’s no longer going to be just a movie. It could be that the movie will serve as a backdoor pilot to what will eventually be a television series.

3.) “The Miki Howard Story” – Teyonah Parris stars in the upcoming TV One Original Movie which, per the trailer compilation, will apparently be titled Love Under New Management: The Miki Howard Story (“Love Under New Management” was one of the singer’s top 10 hits). Christine Swanson directs the film which will tell the story of the R&B/Jazz singer and actress who enjoyed mainstream success in the late 1980s and early 1990s, with a string of top 10 hits, including “Come Share My Love,” “Baby, Be Mine,” “Ain’t Nobody Like You” and others.

The film, which is produced by Carl Craig and Eric Tomosunas and Rob Robinson of Swirl Films, will cover 30+ years of Howard’s life, both professional and personal trials and triumphs, including her relationships with the men, like Gerald LeVert, who played instrumental roles in her life.

Swanson directed from a script written by Rhonda Baraka, which is based on a yet to be released biography by Miki Howard.

4.) Family Bond is a new reality/docu series for TV One which centers around “Bail Bonding by CJ,” a family-owned bail bonding company based in North Carolina, and the clients they fight for. Running their highly lucrative 19-year-old business out of their brand new headquarters in downtown Winston-Salem, Princess and CJ Jones and they’re twin ball-busting daughters have a solid lock on the city’s bail bonding business. However, the family members don’t always agree on where the buck should really stop.

5.) “Sneaker Pawn” is also a new reality/docu series for TV One which follows 17-year-old Chase Reed’s sneaker business which has turned him into a New York City mogul with the industry’s elite on speed dial.  But his family won’t let it go to his head.

“Sneaker Pawn” is the story of an entrepreneurial family in Harlem with big ideas, big dreams and even bigger personalities that has set out to take the sneaker industry by storm. Their hunger to succeed is only surpassed by a love for each other and the hope that they can conquer the inevitable growing pains, conflicts and drama that lie in the path on the way to what could be astonishing success.

6.) And finally, another reality TV series titled “The Dating Games,” which the network describes as a revolutionary game show that meets the dating show format, in which groups of friends, family, cast members, teammates and everyday people compete against each other while being voyeurs of real dates.

The participants are captured by hidden cameras as they answer thought-provoking and intimate questions about the daters. Each correct answer earns a cash prize for the collective.

It’s described as a “The People’s Couch” meets “Love Connection.”