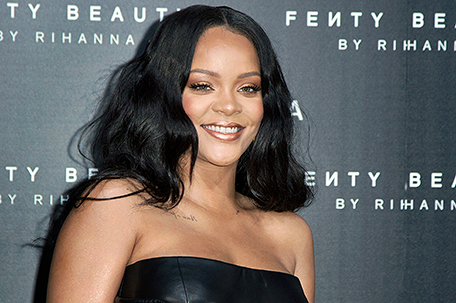 From finding ways to help others cope to sheltering in place to canceling events, here’s a look at some of the ways the entertainment industry is reacting to the spread of the coronavirus, which most people recover from but can cause severe illness in the elderly and those with preexisting medical conditions.

Rihanna‘s Clara Lionel Foundation is giving $5 million to the response efforts against the coronavirus.

The money will support “on-the-ground partners working on the frontlines of disaster response especially those focused on protecting and serving marginalized communities — helping the most vulnerable in the United States, the Caribbean and in Africa prepare for what is to come,” the foundation said in a statement.

The funding will be channeled through Direct Relief, Partners In Health, Feeding America, the International Rescue Committee, the World Health Organization’s COVID-19 Solidarity Response Fund and others.

“Never has it been more important or urgent to protect and prepare marginalized and underserved communities –those who will be hit hardest by this pandemic,” CLF’s executive director Justine Lucas said in the statement.

Hospitals and health care workers in New York without enough face masks to deal with the coronavirus are being promised help from someone more famous for his red carpet looks.

Christian Siriano in a tweet vowed to make masks, asking his sewing team to pump them out to help medical responders. The tweet got Gov. Andrew Cuomo’s attention, who thanked the “Project Runway” star and got in touch with his team.

Siriano later posted a photo of a mask in a plastic bag and captioned it: “Prototypes are happening — more updates by next week.”

A revival of Edward Albee’s “Who’s Afraid of Virginia Woolf?” will not reopen when Broadway resumes performances, a second play to call it quits as the theater world grapples with the fallout over the coronavirus.

“Who’s Afraid of Virginia Woolf?” starred Laurie Metcalf as Martha and Rupert Everett as George. It managed just nine previews before Broadway was shuttered on March 12. Producers early Saturday blamed “cast scheduling conflicts amid the shutdown” for abandoning the show.

The move came a day after producers of Martin McDonagh’s dark comedy “Hangmen” said that show also will not reopen on Broadway.

“Who’s Afraid of Virginia Woolf?” and “Hangmen” were two of 16 shows that were scheduled to open this spring that were suspended when Broadway went dark.