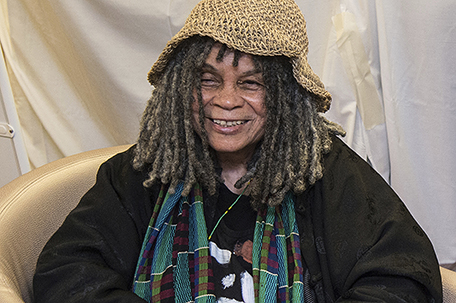 NEW YORK  — The poet, activist and educator Sonia Sanchez is this year’s winner of the Edward MacDowell Medal, a lifetime achievement honor started in 1960 and previously given to Robert Frost, Toni Morrison and Stephen Sondheim among others.

“I had tears in my eyes as I learned about this award,” Sanchez, 87, said in a statement released Sunday by MacDowell. “When I consider my dear friend, Sister Toni (Morrison), and so many others who have been given this award, I feel so welcomed to be part of that group. It is a great honor to be this year’s awardee. MacDowell has such a great herstory and history of caring and concern for artists; it is a joy this place exists to keep the world on a path toward re-civilization, peace, and humanity.”

MacDowell is an artist residency founded in 1907, with fellows over the past century including James Baldwin, Leonard Bernstein, Louise Erdrich and Ta-Nehisi Coates.

Sanchez was a prominent figure in the Black Arts Movement of the 1960s and 1970s, and is known for such poetry collections as “Homegirls and Hand grenades” and “Shake Loose My Skin.”

Novelist Walter Mosley will present Sanchez her medal on July 10 on the MacDowell grounds in Peterborough, New Hampshire, the first in-person ceremony since 2019, the year before the pandemic.