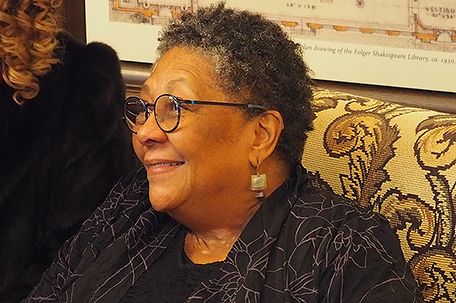 NEW YORK  — Marilyn Nelson has won the $100,000 Wallace Stevens Award, a lifetime achievement honor presented by the Academy of American Poets for “proven mastery in the art of poetry.”

“For decades Marilyn Nelson has written a poetry that is insightful, moving, and clear, brimming with history but aimed at the future,” Academy chancellor and fellow poet Kevin Young said in a statement released last Monday.

“Whether writing of her father’s generation of Tuskegee Airmen, in the voices of the enslaved speaking of freedom, or about the woman in the mirror, Nelson’s work is necessary and humane, and has led the way on the page and in the world.”

Nelson, 76, is known for such collections as “The Homeplace” and “Fields of Praise,” while also writing children’s books and translating works from the Danish and ancient Greek. John Ashbery, Adrienne Rich and Sonia Sanchez are among previous winners of the Stevens award.

The academy announced several other awards last Monday, including the $25,000 Lenore Marshall Poetry Prize for Mai Der Vang’s “Yellow Rain” and the Academy of American Poets Fellowship for Pulitzer Prize winner Jericho Brown, an honor which includes a $25,000 cash award and a residency at the T.S. Eliot home in Gloucester, Massachusetts.

Danielle Emerson won a $1,000 award for outstanding work by a young poet, 23 or younger, and the academy gave out two other $1,000 prizes: Adriana X Jacobs was cited for her translation from the Hebrew of Vaan Nguyen’s “The Truffle Eye” and Elizabeth Torres for a book-length manuscript originally written in Spanish and translated into English, “La Lotería: Sorteo Nocturno” (“The Lottery: Nocturnal Sweepstakes”). Her book will be published by the University of Arizona Press.

Trapeta B. Mayson named 2020-2021 Poet Laureate for the City of Philadelphia