Philly’s Jazmine Sullivan: Grammy nods and getting her groove back 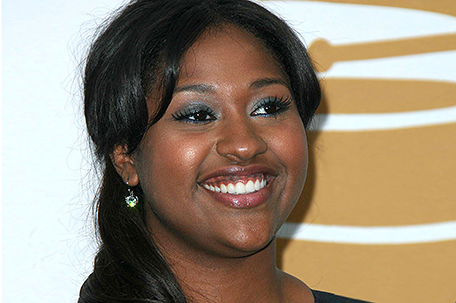 Search the name Jazmine Sullivan online, and you’re likely to find the name of another powerful vocalist-slash-songwriter: Adele. There are Twitter pleas for collaborations between the two, year-end lists including them both, and perhaps, more often, think pieces that end in questions about why Sullivan doesn’t get as much appreciation as her peer from across the pond.

The theories vary, but many point the finger at race, an undervaluing of R&B by black artists, and the overvaluing of white singers, from Sam Smith to Justin Timberlake. Whatever the case, Sullivan is aware of the discussions, on and off the Web, but she doesn’t spend too much time thinking about it.

“I guess I’m glad that people are recognizing me in some way, and kind of see there’s a little injustice in how black soul artists are received,’’ Sullivan said in a recent interview. “But, at the same time, I try not to focus so much on the negativity.’’

Those “people’’ include the Recording Academy. The collective nominated Sullivan’s 2015 release, “Reality Show,’’ for three awards, including best R&B album. Her single “Let It Burn’’ earned nods for best R&B song and best traditional R&B performance, where her competition includes Faith Evan’s “He Is,’’ a song Sullivan co-wrote.

“I work really hard on my music,’’ said Sullivan, who has earned 11 Grammy nominations since releasing her 2008 debut, but, so far, has come up empty-handed. “They acknowledge the effort. and hopefully I’ll take it home one day.’’

“Reality Show,’’ Sullivan’s third album, came five years after she released 2010’s “Love Me Back.’’ But putting together an album was only half the battle for the singer; stepping back in the spotlight was tough, too.

There was the matter of explaining in interviews why she had been away in the first place.

“It was definitely hard to open up, and then to open up about something like physical abuse and mental abuse … that was even harder,’’ Sullivan said. “That was a lot of the fear, and kind of just being ashamed, and having to relive it, talking about it even.’’

Packed houses gave the Philadelphia-born singer, who has written for Mary J. Blige, Jennifer Hudson, Fantasia, Monica and Tamia, a boost of confidence.

“The tours were sold out and I just felt so much love,’’ said Sullivan. “I don’t get too much into album sales and anything like that. What I do tend to do is, if I go to a show, and it’s sold out, and if people are singing the lyrics to the songs, that’s the kind of stuff that makes what I do so great.’’

The Grammy Awards will air live Feb. 15 from the Staples Center in Los Angeles.