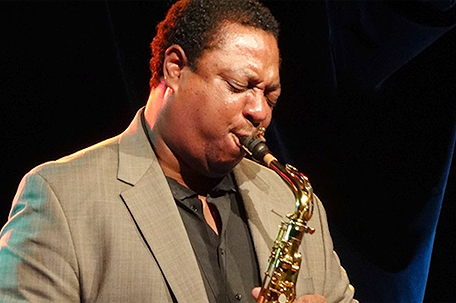 The music isn’t letting up as a lot of great artists are coming to grace Philadelphia’s stages this weekend. Among them is an all-too-rare appearance from a member of Jazz’s avant-garde and two of the best veteran sax players on the contemporary jazz scene.

Bobby Zankel and the Warriors of the Wonderful Sound, featuring David Murray. 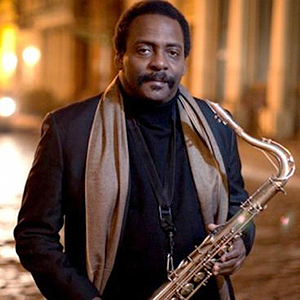 This gig is the musical equivalent of the circus coming to town, with veteran jazz avant-guardian Bobby Zankel as the ringmaster and the legendary reedman David Murray as the special attraction. It has been too long since the gun-slinging Murray has come to town. I caught him in New York City last year, and believe me he has been on a cultural/political tear just in time for the Age of Trump. For the young’uns who don’t know, the prolific saxman first came out of Berkeley, California during the 70’s and hit the New York loft scene like a typhoon. For over 40 years, he has put out some of the most visionary and incendiary modern jazz music and has been able to be successful in the face of the smooth/cool and so-called “Young Lions,” phases of jazz during the 70’s and 80’s. Murray was one of the founders of the legendary World Saxophone Quartet along with Oliver Lake, Julius Hemphill, and Hamiett Bluiett.  He has been to Cuba to work with the great players on that musical island, and in 2012, he fronted a big band which included the likes of Macy Gray singing tunes written by the Bay Area’s poet emeritus Ishmael Reed. He also fronted with the late great Geri Allen on one of her last recordings. All I can say is that this promises to be a big event because any time Murray plays a gig, it’s an event.

If you’re going, you might want to wear a fireproof jacket because Zankel and Murray are going to set the stage on fire.

If the team of Zankel & Herring is a little too rich for your blood, a more mainstream, but not necessarily sedate duo will be playing at Chris’s Jazz Café in Center City this weekend. Tenorman Eric Alexander and altoist Vincent Herring are headlining and there will be some great solid music. Alexander started playing alto sax when he was 12 and switched to tenor during his studies at Indiana University. Alexander later switched over to William Paterson College is fabled jazz program, where he studied with the likes of tenor great Joe Lovano, pianist Harold Mabern and the veteran bassist Rufus Reid. Alexander came to the attention of the jazz world when he placed 2nd in the 1991 Thelonius Monk Sax competition just behind Joshua Redman. Since then Alexander has developed into a solid journeyman player with a recording history of about 60-70 studio dates.  His bandstand mate that weekend, Altoist Vincent Herring went right to work as soon as he as able to tour without a chaperone. His first gig was with Lionel Hampton’s big band in the early 1980’s. He then did a nine- year stint with the underrated cornet/trumpeter Nat Adderley. In the meantime, Herring’s talent made him a first-call player who played with the likes of Art Blakey, Dizzy Gillespie,  Cedar Walton, Freddie Hubbard, Louis Hayes, Horace Silver Jack DeJohnette’s Special Edition, Larry Coryell, Steve Turre, and  The Mingus Big Band. While the set may not be as adventurous as the goings-on downtown, it will be just as satisfying musically. 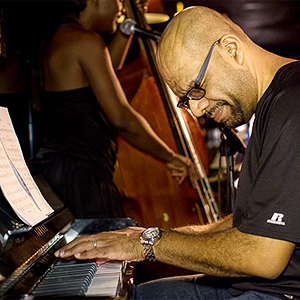 If you like your jazz performed in a sedate quiet setting such as a loft or someone’s living room instead of a noisy club, then Matt Yaple’s little home in Northern Liberties is the place to be. A few years ago, Yaple decided to develop a space where small-group jazz could be performed in an atmosphere devoid of the usual distractions such as crowd noise and talky out-of-towners. Yaple’s residence is quiet and intimate and restrictions are placed on the use of cell phones and incessant chatter. The idea has caught on, with Yaple bringing in an influx of great players (with a concentration on Afro-Latin jazz) such as Cuban Pianist  Elio Villafranca as well as the dynamic Curtis Brothers.

For this upcoming date, Yaple is bringing in a trio fronted by Cuban percussionist Arturo Stabile and featuring the great — and underrated —   pianist Luis Perdomo.  A native of Caracas, Perdomo quickly became  known on the New York scene in the early 90s playing with Dave Douglas, David Sanchez, Tom Harrell, Steve Turre, and Brian Lynch. He also became a fixture on trombonists Conrad Herwig’s Latin jazz tributes to John Coltrane and Wayne Shorter and was a member of Ravi Coltrane’s Quartet for 10 years. He was also a founding member of the Puerto Rican altoist Miguel Zenon’s  unit. I also have it on good authority that Perdomo and Zenon will be coming to the Philadelphia Clef Club in May. Perdomo recorded on three Grammy-nominated CD’s:  Miguel Zenon’s Esta Plena, Alma Adentro: The Puerto Rican Songbook, and 2017’s Tipico. According to bassist/wife Mimi Jones, Perdomo also digs hardcore avant-garde jazz. So there’s no telling what he will be putting out there on Feb.1.

Note: Due to the nature of the venue, you usually have to receive an  email invite from Matt Yaple to be able to attend the concert. However, Matt’s email address is: [email protected]. There is also a donation of $25, which takes care of the musicians.