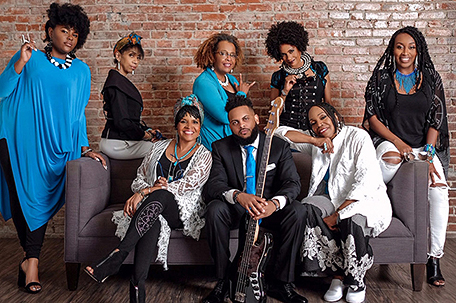 Greetings and happy September to the readers who have missed my literary presence in the SUN for the better part of this year. After a protracted convalescence, I have returned to keep fans and followers of Philadelphia’s rich culture, apprised of what I consider “don’t-miss events.”

The fall season commences this weekend with the annual celebration of the City’s most favorite son of modern jazz as well as the yearly visit by famed women’s acapella group, Sweet Honey In The Rock.

The legendary tenor player John Coltrane is considered to be greatest innovator and creative force in modern jazz. Over fifty years after he passed away, people still buy his recordings and scholars write countless volumes about him and his indelible legacy in the development of jazz. Philadelphia is also blessed to consider him a hometown hero as he moved here in 1943 from North Carolina.

Every September, Philadelphia celebrates his birthday, which falls on Sept. 23. The Philadelphia Jazz Project is holding its annual celebration of the fabled jazzman in Fairmount Park, right across from the house he lived in on N. 33rd St. A number of Philly’s great sax players will perform on four stages throughout the day, paying homage to the great man himself.

The roster will include Billy Harper, Philly’s own Jaleel Shaw and Bobby Zankel, the up-and-coming Immanuel Wilkins, Willie Williams, Alfie Pollit, and Tenor Madness feat. vocalist Ella Gahnt.  This party is free, so there will be no excuse to miss it.

Sweet Honey In The Rock

8PM at The Annenberg Center

Legendary a capella group Sweet Honey In The Rock has become internationally renowned and perhaps the premier group of its type performing.

Founded in the early 70s by musicologist/activist Bernice Johnson Reagon, SHR was created out of the Freedom Movement of the 60s and has become known for its powerful melodic delivery,  which artfully melds gospel, blues, jazz and R&B, using soulful harmonies, intricate rhythms, as well as an original expression of sign language.

This latest edition of SHR includes a jazz bassist, which serves as an anchor to the choral delivery.  The sistahs only come through once a year, so you don’t want to miss an evening of powerful inspiring music which will feed your soul.

Sweet Honey in the Rock protesting during NC shows