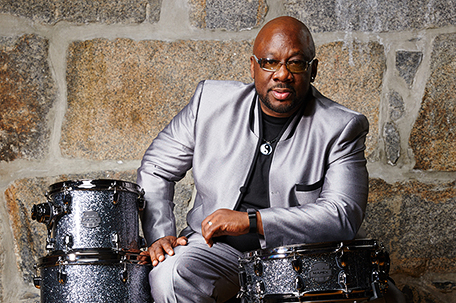 The fall concert season is in full swing, and November brings  concerts by two of the finest performers on the modern jazz scene. That makes these appearances special is that both performers are local guys made good. They hail from the Philadelphia or the Tri-State area.

Alto & Soprano saxophonist Jaleel Shaw is a member of a generation of exciting young Philadelphia jazz players which includes Christian McBride, Joey De Francesco, and Orrin Evans. A product of the local school system as well as the jazz education programs of community organizations as the Philadelphia Clef Club of Jazz. After matriculating at the Berklee College of Music. Adams was in demand as a first-call alto and soprano player. Performing with the likes with Christian McBride, Jason Moran, the Mingus Big Band, Pat Metheny, Stefon Harris, Roy Hargrove, Chick Corea, Dave Holland, and Jimmy Cobb. Shaw subsequently became a member of legendary drummer Roy Haynes’ Quartet, which has been his main gig for the better part of a decade.

As a leader, Shaw Jaleel quicky garnered the acclaim of fans and critics alike, he won the 2014 Downbeat Critics Poll as the recipient of Rising Star Alto Saxophonist award. He has also garnered kudos by other publications and fans alike fo not only his musical prowess as well as his seminal recordings under his DIY label Changu records. Philadelphia jazz aficionados will be in for a treat with a rare appearance by one of their hometown heroes.

For the better part of five decades, legendary drummer Art Blakey and his Jazz Messengers were a finishing school/university for several generations of accomplished jazz players.  A great number of them, like Lee Morgan, Benny Golson, Freddie Hubbard, Wayne Shorter, and Wynton and Branford Marsalis, made a name for themselves and joined the jazz Pantheon. Veteran drummer Ralph Peterson has put together a reunion band, which is also a heartfelt tribute to “Buhaina,” as he was known by his proteges, himself.  Peterson is especially suited to lead this project as the only drummer ever to play in the band with the master himself. Over three decades, Peterson has led a variety of ensembles, ranging from trio to a big band which has served as a training ground of  great young musicians.  For the occaision, Peterson brought together two generations of Messengers alumni, including altoist Bobby Watson, and tenorman Bill Pierce, who were part of the group which revived the Messenger brand during the 70s and 80s, as well as bassist Essiet Essiet, and trumpeter Brian Lynch, who were part of the last cohort of this groundbreaking ensemble. Pianist Zaccai Curtis, who has become a protege of Peterson’s, rounds off  this top-notch unit.  Those who make it to this historic performance with be rewarded with an evening of hard-swinging music.

Philly Cultural Beat for the week of Oct. 21