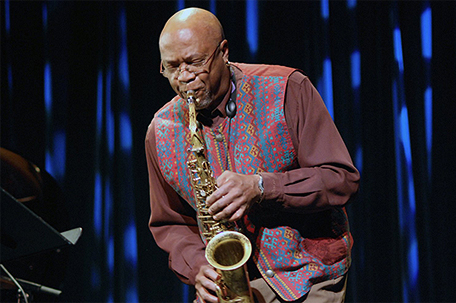 When the month of June arrives, it not only signals the coming of summer, but is a cause for celebration in the cultural community as Black Music Appreciation Month.

In Philadelphia, that also means the start of the myriad of cultural festivals and community music series held throughout Philadelphia’s neighborhoods. This year is no different as there will be a rare appearance by one of the giants of avant-garde music, my favorite West Philly concert series, and the release of CDs by some of jazz’s contemporary greats.

Every summer, the West Philly streets are alive with the sound of music on Friday nights with this concert series at Cedar Park. Presented by West Philly cultural queen Renee McBride Williams, the series showcases some of the city’s finest players. Piano legend Alfie Pollitt kicked things off last Friday, but the music will be on until the end of July. I can’t think of a better way of spending a Friday evening. The schedule is as follows: 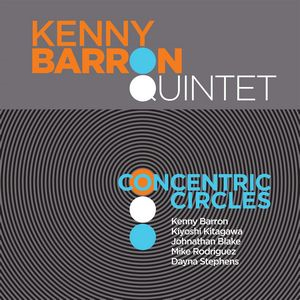 I don’t know if this is a mere coincidence, but the record companies dropped a whole lot of great music just in time for June. There is something for everyone in this batch of choices. I’ll guarantee that there isn’t a bad one in the bunch.

Keyboard prodigy Joey Alexander dazzled critics and fans alike when he burst on the scene at the age of 10. Well, the kid is now 14, and his new release “Eclipse” (Motema) indicates he’s no “flash-in-the-pan.” On this album, Alexander uses a quartet which aptly matches his virtuosity, with tenor man Joshua Redman, bassist Ruben Rogers, and drummer Eric Harland.

Any release by Philly’s piano hero Kenny Barron is an event. On “Concentric Circles” (Blue Note) he expands the trio to a quintet, adding a trumpet and sax to the aggregation. Of course, Barron has his old crew of bassist Kiyoshi Kitagawa and fellow Philadelphian Jonathan Blake keeping time.

Veteran trumpeter/MD Eddie Henderson just put out a nice album on Smoke Sessions. “Be Cool” is a smoldering set of funky hard-bop which features a guest appearance by Kenny Barron (again) and the Big Chief himself, altoist Donald Harrison.   Afro-Cuban pianist Elio Villafranca took the Philly jazz scene by storm over 20 years ago with his intense virtuosity. 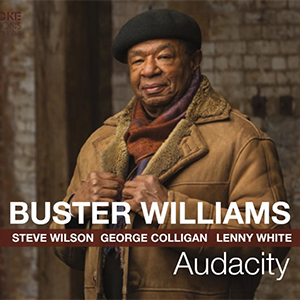 For the last few years, Villafranca has been exploring the historical connections between Black American music and the Afro-Caribbean connection. On “Cinque” (ArtistShare), he delves deeply into the culture of his native Cuba, and creates a deeply intense music based on the Congolese rhythms which binds together the music of Cuba, Haiti, Puerto Rico, and Jamaica, and which landed in New Orleans. Also lending his presence is none other than Wynton Marsalis himself.

And last but certainly not least is a new recording by legendary bassist and Camden native Buster Williams. What puts “Audacity” (Smoke Sessions) in the event category is that this is Williams’ first recording in almost 15 years. In my opinion, any new music by this bass-sensei is worth a listen. Joining Williams on this historic occasion is Steve Wilson on sax, and longtime collaborator Lenny White on drums.