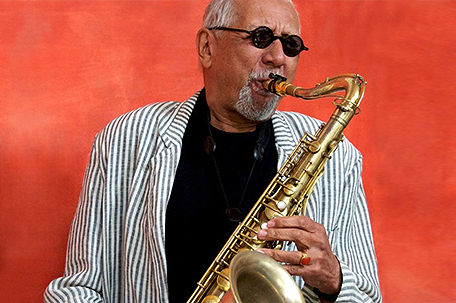 While the City goes into the dog days of summer, the music keeps coming. here is a major music festival taking place in West Philly during the first weekend in August, SOUTH is still bringing in top names and our foremost cultural institution — The Philadelphia Clef Club of Jazz & Performing Arts  — has announced its season for Fall 2018-2019.

The Community Unity Music Festival is the brainchild of Carol Faulkner, who was concerned about the violence which was taking place in her West Philadelphia community, as well as all over the city.  Carol, along with her sons Justin and Nazir, came up with the idea of creating a one-day jazz festival to not only celebrate the great Philadelphia jazz traditions, but present positive alternatives to the cycle of violence, drugs, and despair to Philadelphia’s youth. . As Carol says in the festival’s vision statement, “We want our young people to put down the guns and pick up an instrument. Using their creative outlets, we want them to leave behind the mindset of mediocrity and embrace the idea of success.”

Detroit tenorman David McMurray is one of the Motor City’s best kept musical secrets. For the better part of 40 years, the ubiquitous McMurray has played and recorded with a gamut of star performers spanning Motown, funk, pop rock and jazz. His fabled resume includes the legendary Was Not Was, Herbie Hancock, The Rolling Stones, Geri Allen, Bob Dylan, and even Kid Rock.  McMurray brings his hard rocking funk/hardbop style to SOUTH this Sunday, where this city’s jazz fans get to experience a cat which Detroiters have known about for years.

The Philadelphia Clef Club of Jazz & Performing Arts recently announced its popular “Preservation Jazz Series” for the 2018-2019.  Even though there won’t be the usual concert schedule,  there will be more artist residencies and workshops, and there will not be a shortage of  musical quality.  The season kicks off with a very rare Philadelphia appearance by the legendary NEA Jazz Master Charles Lloyd on Saturday, October 13.

Later in the season, several jazz players will conduct master classes, including another rare appearance by piano master Barry Harris, Philly’s own tenor master Odean Pope and altoist/Clef Club alumnus Jaleel Shaw.  The Clef Club faithful will not be disappointed this fall.