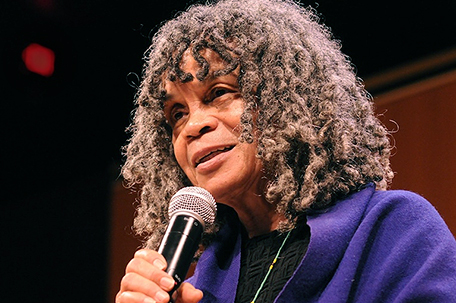 September is always the month when concert venues roll out their new seasons.  This month is going to be a particularly exciting time for the Philadelphia Clef Club of Jazz as they begin a brand new concert series. In addition, the African American Museum will host a tribute for a woman who is arguably Philadelphia’s (and America’s) greatest living poet. 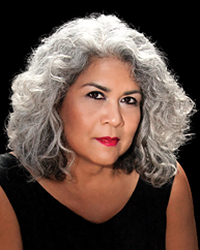 The Philadelphia Clef Club of Jazz has rolled out a new concert program Jazz Cultural Voices, a yearlong series of monthly concerts and free educational activities which will feature Philadelphia musicians who are not only nationally recognized veterans, but also some of the finest emerging artists who hail from the City.   The Clef Club will kick off the series with a rare appearance by pianist Sumi Tonooka and her Trio. Tonooka is one of the leading jazz musicians to have come out of the Philadelphia scene.  For the better part of 30 years, the Japanese-American pianist and composer has performed and recorded with a number of renowned artists including the late great violinist John Blake, and legendary bassist Rufus Reid. In addition, Tonooka has composed scores for over a dozen feature films and documentaries.   As part of her performance, Tonooka will be showing two films, “Susumu,” a documentary on the Fukushima disaster for which she composed the music score, and a short performance piece titled “Malala,” which is dedicated to peace activist and Nobel Prize winner Malala Yousafzai.  Upcoming Cultural Voices concerts will feature avant-garde saxophonist Bobby Zankel on October 20 and bassman extraordinaire Jamaladeen Tacuma on November 17.

A Tribute To Sonia Sanchez

Even though the great poet Sonia Sanchez grew up in Harlem and made a name for herself as part of the New York-based Black Arts movement, Philadelphia adopted Sanchez and made her a native daughter when she started teaching at Temple University and was named the University’s first Presidential Fellow, holding the Laura Carnell Chair until her retirement in 1999. Fortunately for the City’s literary community and Temple students, Sanchez still holds court as a campus poet-in-residence.  The Moonstone Art Center will be holding a tribute to Sister Sonia at the African American Museum on Sept. 16. This auspicious occasion will begin with a rare screening of the film “BaddDDD Sonia Sanchez,” which documents her life and work. In addition, there will be a reading by the great lady herself, while a number of noted Philadelphia poets will be reading their contributions to the publication “A Tribute to Sonia Sanchez.”  With the recent departure of another one of our great cultural queens, this is a don’t-miss opportunity to honor one of our resident cultural queens while she is still amongst us.