Philly Cultural Beat for the week of Sept. 30 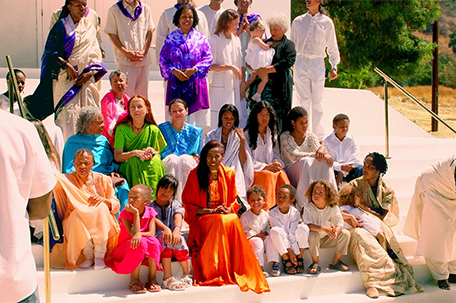 ABOVE PHOTO:  Alice Coltrane Turiyasangitananda at a Hindu Ashram (retreat).

With the onset of fall, comes an plethora of progressive jazz  ranging from individual performances to a full-blown festival. Jazz fans have a lot to choose from starting in October.

When the historic Painted Bride Art Center announced it was selling its building, there was concern about whether there would be venues to present progressive and world jazz music. Well, the Ars Nova Workshop has stepped into the gap with the return of its renowned  October Revolution of Jazz & Contemporary Music, which will take place the first weekend of October, For four days, some of the finest names in avant -garde jazz will be performing, some of  whom are in the City for the very for the very first time. The highlight of this year’s festival pays homage to the late Alice Coltrane Turiyasangitananda, who besides being the widow of the late John Coltrane was an accomplished pianist and  harpist, as well as a composer. Performing her music will be an ensemble known as The Ashram Experience. Philadelphia will be well-represented with sets by some of the City’s “Favorite Sons” of Jazz.  Christian McBride and Anwar Marshall will be paying homage to legendary pianist Hassan,  Pianist Dave Burrell makes a hometown appearance with altoist Darius Jones and drummer Chad Taylor, while Bobby Zankel & The Warriors of the Wonderful Sound will be performing music by the late, great Muhal Richard Abrams. Other notable performers include ,  the OGJB Quartet w/ Oliver Lake, Graham Haynes, Joe Fonda, and Barry Altschul, and a premiere appearance by SF Bay Area legend Idris Ackamoor & The Pyramids.  The lineup alone puts this progarm into the must-see category. Ticket prices vary for each night. Call Ars Nova at (215) 413-1318.

The Philadelphia Clef Club of Jazz presents its second concert of the new “Cultural Voices” series with Bobby Zankel & The Warriors of the Wonderful Sound. However, Bobby’s program comes from a different perspective as he pays musicical tribute to  Jewish musicians such as Lee Konitz, Stan Getz and Steve Lacy, who played with the likes of Charlie Parker, Miles Davis, Lester Young, and Thelonious Monk. Bobby and his band, which includes Sumi Tonooka, Dianne Monroe, Steve Swell and Nazir Ebo, will be performing music by those historic individuals. In addition, there will be a panel discussion on the historic relationship between African-American and Jewish musicians in the evolution of the music.