Philly Cultural Beat for the week of Oct. 21 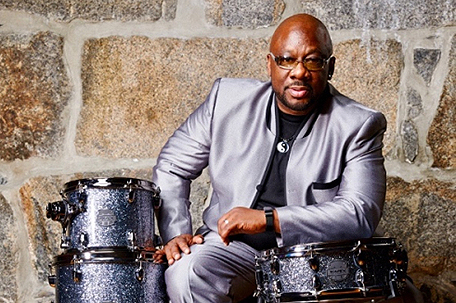 Master drummer Ralph Peterson is one of the most ubiquitous musicians in jazz, as well as one of the hardest working players in the business. In a career spanning over 30 years, Peterson has played with practically everyone in the music business. However, he started making a name for himself as a leader whose penchant for versatility has led him to develop ensembles of every conceivable size, from The Triangular Trio, a “Fo-tet,” as well the adventuresome ensemble Aggregate Prime. In addition, Peterson, who was named by the late great Art Blakey as his understudy, has been touring with Jazz Messengers alumni for the past few years. He also has his own record label which has allowed him to record free of industry dictates. Peterson will be bringing the Triangular Trio to @exuberance, which is Matt Yaples’s loft space in Northern Liberties. What makes this date a treat is that Peterson is using the dynamic Curtis Brothers to round out the trio. Their 2016 date on Peterson’s Onyx label received a lot of critical acclaim. Peterson, who teaches at Boston’s Berklee School of Music, doesn’t make it to Philly to often, so this date is high on the preference list. 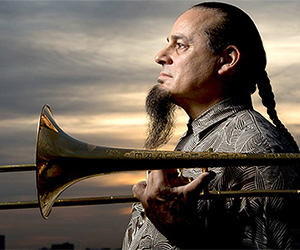 For the better part of 30 years, Steve Turre has been recognized by peers, critics, and fans, as the preeminent trombonist in jazz. Of Mexican heritage, Turre grew up in the musically diverse San Francisco Bay Area where he absorbed every music genre imaginable, from jazz, to blues to Latin. Turre started out playing with Coke and Pete Escovedo, then Ray Charles. He earned his jazz credentials in the front lines of two jazz legends, Rahsaan Roland Kirk and Woody Shaw. He also played with Dizzy Gillespie, McCoy Tyner, and has been playing in the Saturday Night Live house band for almost 35 years. In addition to mastering the trombone, Turre is probably the only one to use conch shells as a viable lead instrument,even leading an ensemble called Sanctified Shells.  Rahsaan Roland Kirk introduced Turre to the shells, but Turre later learned that his indigenous Mexican ancestors also used these unique instruments. Turre rarely comes to Philadelphia with his quintet, so this would make a very good reason to come out on a Sunday night.

Philly percussionist Leonard “Doc” Gibbs, known for his tenure with the late great Grover Washington Jr, is bringing his unit Picante to SOUTH on Thurs., November 1st. Shows are at 7:00 and 9:00. Cover is $20.

Philly Cultural Beat for the week of Sept. 30