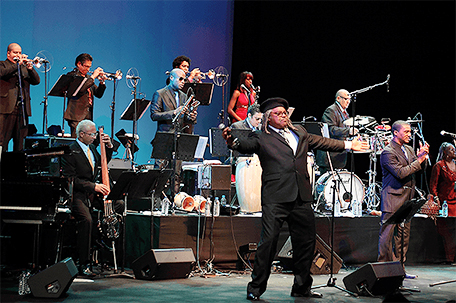 ABOVE PHOTO: Afro-Cuban All Stars

Even though the holiday season has passed, it doesn’t mean that cultural activity in the city has subsided. As a matter of fact, the New Year has brought a wealth of cultural riches ranging from one of the pioneers of avant-garde jazz to classic Afro-Cuban sounds, as well as a rare appearance of Philly’s new-crowned King of the “Hammond B-3 organ.” The next two weekends promise something for everyone, and for us jazzheads Christmas has returned in January.

Fans of classical Afro-Cuban music will be thrilled to know that the famed ensemble Afro-Cuban All Stars will be making an all-too rare appearance in Philly. An offshoot of  the legendary Buena Vista Social Club, the ACAS was part of the the vanguard of veteran Cuban musicians who brought their musical heritage to the States after the lifting of the cultural embargo imposed on the island. The musical brainchild of Juan de Marcos  Gonzalez, who has earned the status as the “Cuban Quincy Jones,” the All -Stars have traveled all over the world performing their unique take on such classical Cuban music idioms as son, rhumba, and mambo.  While the first inception of the All Stars introduced the world to the likes of classical performers as Ruben Gonzalez, Orlando “Cachaito” Lopez, and Ibrahim Ferrer, this new incepition of the All Stars features a dynamic group of young performers which include in their ranks a mix of young women playing instruments as well as singing background vocals. Hot Cuban music to combat this cold Philly climate is just what the doctor ordered 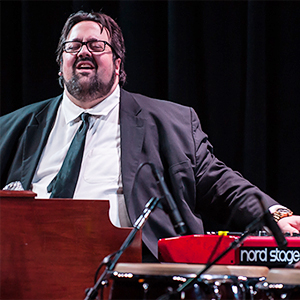 While Latinos celebrated Three Kings Day, this weekend Phialdelphia jazz fans will celebrate the return of the king. That is the current king of the Hammond B-3 organ, none other than Joey DeFrancesco. This year has been quite rewarding for the hometown hero. Not only has  DeFrancesco won the Organ Category in both the Downbeat Magazine Critics & Readers Polls for the umpteenth year in a row. His new CD,  “For The People” (Mack Avenue) has topped the charts for most of the year. It has also been nominated for a 2018 Jazz Grammy.  He also has a popular show on Sirius/XM Radio titled “Organized.” Not only is this a homecoming for DeFrancesco, he will be reuniting with his old trio, which includes guitarist Paul Bollenback and drummer Byron “Wookie” Landham.The other potential bonus for B-3 fans is that Joey will be performing on one of the late great organ master Jimmy Smith’s prize possessions. The other one is currently residing in Joey’s residence. I rate this all-too -rare appearance by deFrancesco on the must-see list. So you better get your reservations while you still can.

Since Monday, Jan. 15 will be Dr. Martin Luther King’s 89th birthday celebration, the African American Museum of Philadelphia [AAMP] will be holding the usual festivities. On that Monday there will be a  keynote address by Dr. Howard Stevenson, a University of Pennsylvania Professor of Africana Studies, and Executive Director of the Racial Empowerment Collaborative. In addition the exhibitions, “Audacious Freedom: African Americans in Philadelphia, 1776-1876,” and “Gardens of the Mind.” Exclusive to the SUN is the announcement that the Philadelphia Clef Club Youth Jazz Ensemble will be performing that afternoon under the direction of Lovett Hines. So come out and hear some great African-American classical music performed by very talented young people and celebrate our great leader’s Birthday.