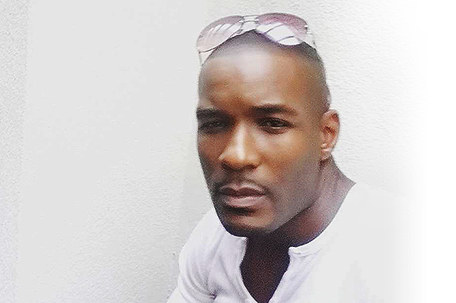 It’s always refreshing to see new talent being recognized in the mainstream. It’s additionally refreshing when that talent is home grown.  Kevin Savage, born and raised in Philadelphia, is making waves on the big and small screen as a model and actor. Savage, who is signed to Click Modeling Agency in Atlanta and MMA in Philadelphia, had a breakout year in 2016, and his career has shown no signs of slowing down. During a recent visit to his hometown, Savage gave us a peak into the ‘Savage’ life.

Savage began his acting career in 2002 after landing the role of Seymour in a local Christian theatre rendition of “Little Shop of Horrors.” Years later after debating on whether to move to LA, Savage found a new home in Atlanta. “I was frequenting Atlanta for about a year just to get a sense of the vibe, and to see if I liked it. I got there and I loved it. I moved in September 2013. In October, I landed a stand-in role for Jay Ellis on “The Game.” It was pretty amazing! I took that very seriously and I memorized the lines. One of the guys said ‘I don’t know why you’re doing that, they’re never going to have us rehearse.’ I said, ‘they just might.’” He added, “One day they actually did, I killed it, and I landed an episode. That was a the beginning of how everything started to happen for me.”

After “The Game,” Savage landed roles on “The Originals,” “Underground Kings,” “Chasing Waterfalls,” “Your Worst Nightmare,” and “Fatal Attraction.” Savage now plays the role of college quarterback Terrence Bell on BET’s new series, “The Quad.” “Terrence Bell is so different from me, which is why it was so much fun playing that character,” said Savage, “He’s just a trouble maker. He is the most notorious character on the show. When you see it don’t judge me… it’s just my character!”

Tune into “The Quad” every  Wednesday at 10PM on BET, and stay current on the latest with Kevin Savage by following him online @thesavagelifebrand.

Anika Noni Rose as newly-elected president of an HBCU is challenged in first clip from BET’s New Series, ‘The Quad’ and premiere date set