Philadelphia Theatre Company celebrates the extraordinary Delany Sisters in “Having Our Say”-Jan. 27-Feb. 19 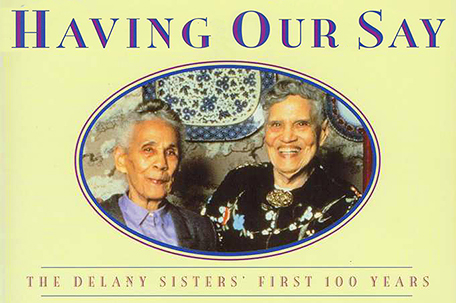 Philadelphia Theatre Company kicks off the new year with the inspiring and warm-hearted “Having Our Say, The Delany Sisters’ First 100 Years” by Emily Mann, adapted from the book by Miss Sarah (“Sadie”) L. Delany and Dr. A. Elizabeth (“Bessie”) Delany with Amy Hill Hearth.  Running January 27-February 19 and directed by Mary B. Robinson, the cast features Perri Gaffney and Cherene Snow as the two Delany sisters.

Previews of “Having Our Say” begin on January 27, with opening night on Wednesday, February 1.  Performances run Tuesdays through Sundays until February 19.  Tickets starting at $15 are available by calling the PTC Box Office at 215-985-0420 or visiting PhiladelphiaTheatreCompany. org.

Like molasses and vinegar, 103-year-old Sadie Delany and 101-year-old Bessie Delany have always been opposites. But together, these daughters of a former slave grew up in the Jim Crow South, lived in Harlem during its renaissance, and had professional careers as a teacher and a dentist, respectively. While making dinner and baking a cake to remember their father’s birthday, the two sisters share their endearing, true story of the last century as they lived it – through stories of racial injustice and personal strife, unified by faith, family, and time.

Throughout the run of the production PTC will host multiple, free community engagement events inviting audience members to “have their say.”  On January 27-31 PTC will be the first theatre in Philadelphia to participate in the People’s State of the Union Action, a nation-wide project sponsored by the U.S. Department of Arts and Culture conducting story circles at the theater that will then be part of a collaboratively composed Poetic Address to the Nation.  In collaboration with Mt. Airy Art Garage PTC will host a “Having Our Say” Exhibition, a fine art pop-up show displaying the work of local artists running January 27-February 19 in the second floor lobby.  On February 8, PTC will partner with First Person Arts and the PNC Story Sparked Story Booth Project to present audience members with an opportunity to record their own family story and receive a sound file to keep and share.

“Having Our Say, The Delany Sisters’ First 100 Years” is based on the 1993 best-selling book of oral history written by the two Delany sisters with New York Times reporter Amy Hill Hearth.  On the New York Times best seller list for six months, the book was recognized as one of the “Best Books of 1994” by the American Library Association and presented with the Christopher Award for Literature and an American Booksellers Book of the Year Award.  The book was adapted for the stage by McCarter Theatre artistic director Emily Mann, and premiered on Broadway in 1995.

“Given the tumultuous times in which we live, this is the perfect moment for us all to hear from these two wise and inspirational women,” said PTC’s Executive Producer Director Sara Garonzik.  “Besides being extremely entertaining, they are also living witnesses to an American century that laid the groundwork for where we are as a nation today.”