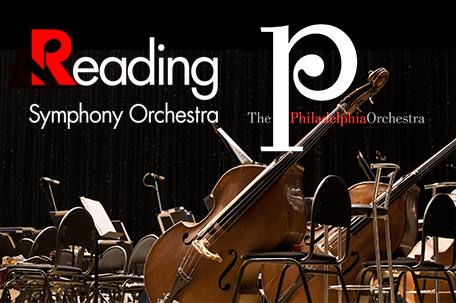 The ‘Movies @ the Mann’ series kicks off June 15 with “Raiders of the Lost Ark In Concert,” local orchestras to perform movie scores live all summer

This summer, the Mann Center for the Performing Arts will be providing the ultimate movie experience at “Movies @ the Mann” with four classic films shown under summer night skies with the film scores performed live by Philadelphia-region renowned orchestras.

The series kicks off the 2019 summer season on Saturday, June 15 with a showing of the iconic Indiana Jones film “Raiders of the Lost Ark” in concert, accompanied by the Reading Symphony Orchestra.

Making their series return is The Philadelphia Orchestra presenting “Harry Potter and the Goblet of Fire”(July 20) and the second installment of the original Star Wars trilogy with “Star Wars: The Empire Strikes Back”(July 26). Guests are invited to further engage with both films by dressing up as their favorite characters from the series. The season will conclude with a special showing of the world premiere of “Grease with Orchestra” (August 15) performed live with The Chamber Orchestra of Philadelphia.

“ “Movies at the Mann” has become a summer staple in Philadelphia,” said Catherine M. Cahill, president and CEO of the Mann. “Seeing the films on the big screen with live, world-class orchestra performances is truly magical and brings the action of the films to life. This series is perfect for date night, bringing the whole family, or a fun summer outing with friends. Visitors can picnic on the Great Lawn or sit up front right by the orchestra conductor for a unique movie-going experience. It’s an experience everyone should witness.”

Here is the complete “Movies @ the Mann” series line-up:

Saturday, June 15 at 8 p.m.: “Raiders of the Lost Ark” in Concert with the Reading Symphony Orchestra

The film that gave the world one of its greatest movie heroes, Indiana Jones, is back and better than ever before! Relive the journey of “Raiders of the Lost Ark” while the film plays on a 40 foot screen and two jumbo lawn screens, with John Williams’ epic score performed live to picture by the Reading Symphony Orchestra.

Saturday, July 20 at 8 p.m.: “Harry Potter and the Goblet of Fire™” in Concert with The Philadelphia Orchestra

The Harry Potter Film Concert Series returns to the Mann with “Harry Potter and the Goblet of Fire™” in concert, the fourth film in the Harry Potter series. Justin Freer will conduct The Philadelphia Orchestra performing the magical score live while the entire film plays in high-definition on a 40-foot screen.

Friday, July 26 at 8 p.m.: “Star Wars: The Empire Strikes Back” In Concert with The Philadelphia Orchestra

The Mann is thrilled to present “Star Wars: The Empire Strikes Back” live in concert. The Philadelphia Orchestra will play John Williams’ iconic musical score live as the film is projected on three giant screens. In 2018, the Mann presented “Star Wars: A New Hope,”and now in 2019, fans will be able to experience the scope and grandeur of the second film in the original trilogy. The Mann encourages guests to celebrate your favorite movie characters at this performance with costumes (toy weapons, masks, and armor are not permitted).

Thursday, August 15 at 8 p.m.: “Grease with Orchestra” performed by The Chamber Orchestra of Philadelphia

“Summer lovin’” never sounded better. Experience the world premiere performance of one of the world’s most popular and enduring musical films in history, with its unforgettable rock ’n’ roll soundtrack that defined generations, live with orchestra for the first time. Thiago Tiberio will conduct The Chamber Orchestra of Philadelphia as they perform the full score from “Grease,” the iconic American musical romantic comedy, to accompany the full-length film shown on three giant screens, including the hit songs “Greased Lightnin’,” “You’re the One That I Want,” “Summer Nights,” and more.

For a full list of events, or to purchase tickets, visit manncenter.org/events.