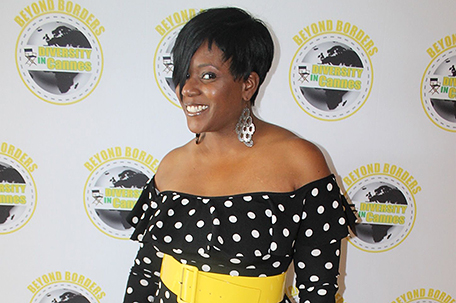 Philadelphia native Yolonda Brinkley, creator of “Diversity in Cannes,” recently announced, the launch of “$10 for 10,” a fundraising campaign to promote inclusion at the Cannes Film Festival.

To commemorate a decade of diversity at the world’s most prestigious film event, Brinkley, with support from Academy Award winner Viola Davis and Julius Tennon’s JuVee Productions, is expanding her program to reach more underrepresented filmmakers telling stories specific to marginalized populations worldwide.

With less than six weeks until the 10th anniversary in May 2019, Brinkley calls on her hometown to match JuVee’s $5k donation, raising incremental funds to execute her plan.

“For the last nine years, Yolonda has been focused on shining a light on films about people of color and other marginalized groups. The curtain has been lifted, and a fresh conversation can now be had about how inclusive and diverse films travel. A global audience awaits and is ready to be served. We at JuVee support the efforts of Diversity In Cannes — join us,” Julius Tennon, president, development and Production, JuVee Productions, said.

Created in 2010, Diversity in Cannes is an independent film movement promoting the presence of globally diverse filmmakers and celebrating their achievements at the Cannes Film Festival.

Since its inception, it has emerged from a simple cross-cultural filmmaker symposium to a comprehensive movement for which Brinkley was nominated for a European Diversity Award in 2012, and invited to the White House for the inaugural “South by South Lawn Festival of Ideas, Art and Action” hosted by then President Barack Obama in 2016. In nine short years, the self-funded grassroots initiative, has hosted hundreds of filmmakers from five continents and received short film submissions from 35 countries.

“As a self-proclaimed global disruptor, I’ve been pioneering the effort to diversify the global film industry at the Cannes Film Festival before diversity and inclusion were trending in Hollywood,” Brinkley said. “I am excited to celebrate a decade of diversity in France and look forward to involving more filmmakers as we, the marginalized and underrepresented, make our voices heard and take our seats at the table in Cannes.”

“As a Black woman, I stand in agreement with Dr. King’s belief that life begins to end when we become silent about things that matter,” Brinkleysaid. “In the current cultural and political climate, Diversity in Cannes is my effort to be the change I wish to see in the world. Film plays an integral role in perpetuating negative stereotypes globally. Help me shift the narrative as I represent Philadelphia, people of color and other marginalized populations at the Cannes Film Festival by donating $10 for 10 years!”

Diversity Day in Cannes is Monday, May 20, 2019 with supporting events scheduled throughout the Cannes Film Festival. Donations are being accepted via website: diversityincannes.com/donate Cash App ($msyrbrinkley), Venmo (di versencannes) or by mail at P.O. Box 34, Cheltenham, PA 19012.

Alternatively, Diversity Matters t-shirts are available for purchase at TeeSpring.

A portion of the proceeds will benefit Philadelphia area non-profit, The Reading Clinic, Inc, which provides evidence-based diagnostic testing and educational services for children at risk for academic failure.

“Not only is it with high regard to support Yolonda Brinkley’s diversity initiative, the 10 percent will support underrepresented children who persist in their struggle to read and seek equitable services for their diverse learning styles,” said Dr. Rahmanda Campbell, founder and chief executive officer, The Reading Clinic, Inc.