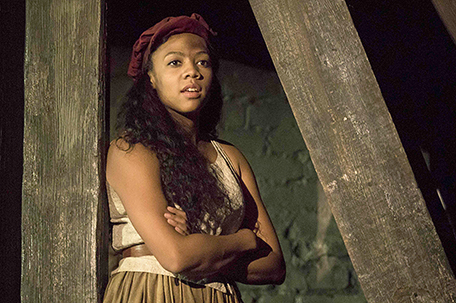 ABOVE PHOTO:  Best in her role as Eponine in “Les Misérables”

Cameron Mackintosh’s classic production of Alain Boublil and Claude-Michel Shönberg’s Tony Award-winning musical “Les Misérables” is back! The beloved story — set in 19th century France –tells the story of triumph in the many faces of adversity.

Known for its dynamic musical numbers, “Les Misérables” –more commonly called “Les Miz” — returns with all the aspects it’s known for, adding to it a few surprises with staging and a brand new cast. Among the fresh faces added to the cast is Philadelphia native Phoenix Best. Best returns to her hometown along with the cast of “Les Misérables” for a two-week engagement at The Academy of Music.

Best — who grew up in Mount Airy — began singing and playing the piano when she was 4-years -old. She was inspired to pursue theater after seeing her cousin in a stage production of “Cinderella.” Best eventually did just that, studying theater at DeSales University. One month after graduating from college and completing an internship at The Pennsylvania Shakespeare Festival, Best booked the role of swing in “The Color Purple” on Broadway.

She originally saw “Les Misérables” while working at the main ticketing office at The Kimmel Center just five years ago. In full circle form, she began the audition process for “Les Miz” a year ago and landed the role of Eponine.

“I sent in an audition tape in February of last year and I didn’t really hear anything for a little bit. I was away on a contract doing “Dreamgirls” in Houston,” Best said. “When I got back to New York, they called me back in and I did a series of six or seven auditions. Then I found out I got the part!“

Eponine’s character in “Les Miz” is one packed with many layers. Eponine’s life has not been easy by any means, but she takes it all in stride. Best described her character and how she approaches the role. 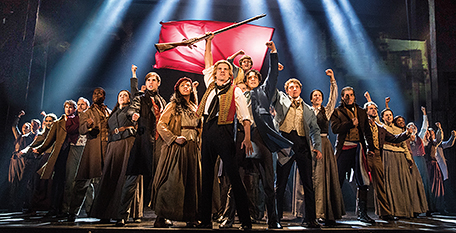 “Eponine is kind of that tomboy/best friend girl that’s one of the guys,” she said. “Even though she really loves Marius, she has this unrequited love because he doesn’t feel the same and is kind of oblivious to how she feels. For Eponine, it’s about opening up in figuring out what this love is. She [hasn’t] experienced much love in her life.”

“Eponine is one of those characters that everyone feels bad for throughout the show,” Best continued. “So in my portrayal of the character, I try to make it so that I’m not feeling bad for her because she doesn’t feel bad for herself. She just knows that life could be better.”

In addition to being tasked with authentically playing a beloved character with a tremendous amount of depth, the musical numbers Best performs as Eponine, come with additional challenges.

“Singing in this show is a best of its own!”, Best stated. “Singing the role is fun but it’s very difficult because I’m singing all these high belted numbers throughout the show, and the show is two hours and 50 something minutes. Emotionally it’s a lot because you have to tap into this place of loving someone who you know doesn’t love you back.”

Best’s favorite musical number to perform in the show is “On My Own”. “On My Own” is a song of longing. With heart-wrenching lyrics like, “And I know it’s only in my mind, that I’m talking to myself and not to him. And although I know that he is blind, still I say there’s a way for us”, the song certainly tugs at the heartstrings. Best describes the importance of this standout moment for her character. 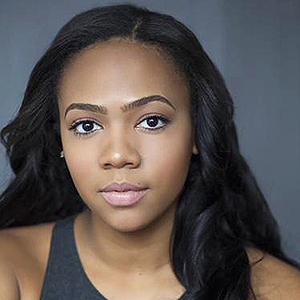 Best, like Eponine, leaves it all on the stage with each performance. She expressed sincerity and gratitude for landing such an iconic role. We are beginning to see much more inclusion and diversity in theater. Not only do we have shows that tell the stories of men and women of color specifically, we are also seeing more people of color in roles not necessarily cast with ethnicity in mind. Landing this role has been a dream come true for Phoenix Best not only professionally, but also because of the impact her role as an African-American woman has had on the people in the audience.

“The most rewarding aspect of the show is to see all of the young girls who’ve seen “Les Miz”, who love the role of Eponine, and say I want to do that one day,” she said. “People that message me and tell me you inspire me. I’m an African-American woman playing this role, and that is something really big to me. When I was growing up I didn’t know much about theater, I just knew that I wanted to do it… but I didn’t have many role models. So it’s really cool to be able to set that standard and to have people say I want to go even further. To have people say if Phoenix can do it, I can do it… that’s really rewarding!”

The rewards will no doubt continue in Best’s career and with the audiences of this incredible show. Best shared her hopes for what the audience will gain after experiencing “Les Miz” first hand.

“I want audiences to walk away with this feeling of overcoming,” Best said. “Throughout the show, everyone overcomes things that come towards them, even sometimes their own demons. I feel like a lot of people find this hope at the end of the show. At the end, there is this feeling of relief because we’re finally able to forgive others, forgive ourselves, overcome things and obstacles that have been in our way. I want people to walk away with that feeling. I really hope when people come to the show they still see the “Les Miz” they love, but find something new about it that they probably didn’t see before, because there’s a new group of people on the stage.”

Follow Phoenix Best on her incredible journey as Eponine on Instagram @misspheeny. “Les Miserables” will be at The Academy of Music January 9th- 21st. This is a show you don’t want to miss! Visit www.kimmelcenter.org for more information on tickets and showtimes.