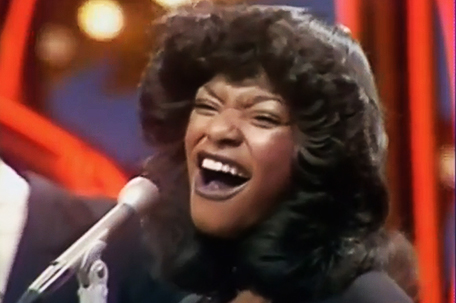 Paige was the featured vocalist on the  #1 R&B hit, “Hope That We Can Be Together Soon”

Legendary Philadelphia International Records co-founders and R&B pioneers Kenneth Gamble & Leon Huff released the following joint statement today as they mourned the passing last weekend of Sharon Paige of Harold Melvin & The Blue Notes, best known for her duet performance with Teddy Pendergrass on the #1 R&B smash, “Hope That We Can Be Together Soon”:

“Sharon possessed one of the most unique female vocals that blended perfectly with the smooth singing and vocal prowess of Harold Melvin and Teddy Pendergrass. We really enjoyed recording Sharon with the group and felt she was a great asset, both for the successful launch of the act and for being a great talent in her own right. She will always be remembered as Harold Melvin & The Blue Notes (featuring the lovely Ms. Sharon Paige). We send our sincere condolences to her family and fans.”

Sharon Paige came to fame as a singer who worked with Harold Melvin & The Blue Notes, particularly on the memorable 1975 ballad, “I Hope That We Can Be Together Soon,” the group’s fourth #1 R&B hit.

While not a permanent member of the group, Paige was a frequent collaborator who took on a larger role after the departure of Teddy Pendergrass. By the time that song hit the top of the R&B charts, Harold Melvin & The Blue Notes had become soul music royalty, on par with the PIR label mates the O’Jays and the Stylistics.

Beyond “Hope That We Can Be Together Soon,” Paige’s smooth tones helped boost other Gamble & Huff compositions for Harold Melvin and the Blue Notes such as “You Know How To Make Me Feel So Good,” “I’m Searching For A Love,” and “I Should Be Your Lover.” She took a more prominent role on the 1980 Harold Melvin & The Blue Notes long-player “The Blue Album,” but it barely charted.

Paige also released a few solo songs, including the beautiful “You Don’t Even Know My Name.”