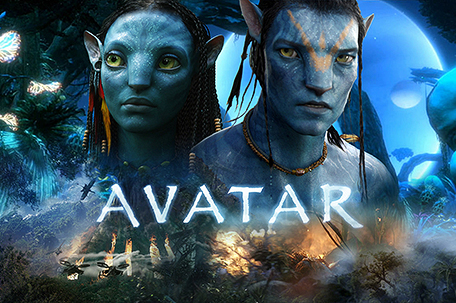 Philadelphia is considered an industrial town known for a decadent food scene, historic architecture, and a narrative that tells the story of the nation’s history.

The City of Brotherly Love has also played host to a variety of film festivals in recent years, but one subject in film that hasn’t been given the amount of attention it deserves is the environment.

Goldstein and Diagne collaborated organically to create the  festival, with Goldstein serving as the executive director and Diagne the artistic director. Both women were inspired to combine their passions and their careers to give the Philadelphia film community something it was lacking.

“I’m an environmental attorney, and I’ve been working in the Philadelphia region for a few decades,” Goldstein said. “I’ve been going down to the Washington DC environmental film festival for a few years. I would come back and say, ‘Why doesn’t Philadelphia have one of these?’ We have people here that care about sustainability, environmental injustice, and healthy eating. We should have something like this too.”

Similarly, Diagne’s vast experience in the film industry in Los Angeles served as a catalyst for her to delve into new territory.

“I worked for several years on Arthouse Films and then many years with James Cameron at the very beginning research days of ‘Avatar,’ she said. ‘Avatar’ is considered one of the top environmental films of all time, and it is actually our throwback Sunday feature that we’re closing with. It kind of feels like everything is coming full circle.” 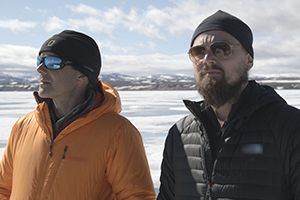 “[Goldstein] and I did a quick Google search when she proposed the idea,” Diagne continued, “And we realized that almost every major city and many minor cities around the world have environmental film festivals, and there was nothing in Philadelphia. So there was just a void and we took it upon ourselves to combine our strengths and make it happen.”

Starting a film festival, like raising a well-rounded child, takes a village. It’s a venture that can only be accomplished with diligence and the support of the community. The Philadelphia Environmental Film Festival village includes host of partnerships and two local powerhouse environmental sponsors. The Nature Conservancy is the founding sponsor and Natural Lands Trust is lead sponsor.  After securing sponsors and partnerships to support the festival, the tedious process of film selection began.

“We had over 200 films submitted from 34 different countries,” Diagne said. “We had a panel of seven committed jurors who watched every single film and rated them. We are so grateful for their time and energy because it took countless hours. Then Debra and I sifted carefully and weighed the final selections. We came up with a wonderful slate of entertaining, incisive and inspiring films. We have 26 films total, but we wish we had room for another 26!”

“In addition to making sure we had entertaining and inspiring films, we wanted to price the festival in a way that was accessible to everybody,” Goldstein added. “Each of our film blocks has a feature, and one, two, or three shorts. Each film block is $11, and we have a weekend pass for sale at only $30 so you can see all 26 films. Additionally, some of the blocks come with a Q&A with the filmmakers afterwards.”

With films and filmmakers represented from all over the globe, and a wide array of topics, festival attendees have a lot to look forward to. Goldstein and Diagne shared their goals for the festival’s audience.

“First and foremost, we want people to be entertained; these are interesting films,” Goldstein said.” We want them to maybe come out learning a little bit more about a particular environmental issue that they hadn’t thought of before… or perhaps they knew about it but this will bring them a deeper emotional connection. Watching these films in a theater with other people as a collective, having a viewing experience with other people that are interested in these topics… I think it’s a really powerful moment. And hopefully, it will also lead to personal action on the part of the people.”

“We want to make sure that people understand, this is a festival for everyone,” Diagne added. “It’s not just for film buffs, it’s not just for environmental advocates, it’s for everyone. The Sundance Film Festival has been around for 30 years, and it took them until this year 2017, to add a new climate block. A division devoted exclusively to environmental films. So we’re really happy and honored to be riding this wave of global passion for environmental concerns.”