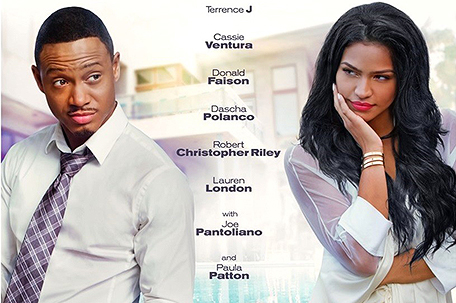 Confirmed bachelor Charlie Mack (Terrence J) is always up-front with women about his dating philosophy, simply, “I don’t do relationships.” The shameless playboy’s almost 30, and his womanizing ways have become an embarrassment to his family and friends. They feel it’s high time for him to mature, especially after he brought his latest conquest (Chantel Jeffries) along on a blind date.

Besides, his BFFs, Ricky (Donald Faison) and Victor (Robert Christopher Riley) have both already settled down. The former is married and doing his best to impregnate his desperate for a baby wife, Pressie (Dascha Polanco). And the latter is engaged to Ginger (Lauren London) who’s worried that Charlie’s going to ruin her impending wedding by “bringing one of those floozies” to the reception.

Meanwhile, Charlie’s therapist sister Sherry (Paula Patton) is willing to see her brother as a client, if that would help him figure out why he’s such a pathetic case of arrested development, at least when it comes to romance. Otherwise, Charlie’s actually rather well-adjusted. He’s a well-paid executive at Premier Edge, a leading L.A. PR firm where he’s proven to be quite adept at attracting lucrative new accounts to the company.

The plot thickens one evening when he’s out having drinks with the guys and they challenge him to remain faithful to the same woman for the next month..Charlie takes the dare, and settles on Eva (Cassie Ventura), a gorgeous stranger he just met at a coffee shop, as the object of his affection.

However, he still gets involved with the express understanding that theirs will be a “no strings, no expectations” relationship. She agrees, despite the fact that she’s only used to being in committed ones. So, they’re both ostensibly operating in uncharted waters.

Will this libidinous liaison turn into love, now that Charlie has grudgingly agreed to give what would ordinarily be a one-night stand a chance to blossom? That is the burning question at the center of The Perfect Match, an intriguing romantic romp directed by Billie Woodruff (Addicted).

Fair warning: this character-driven escapade is certainly not for the prudish, as it contains frontal nudity and some fairly frank dialogue. That being said, it’s also funny, engaging, unpredictable and visually-captivating, courtesy of a constant parade of eye candy across the screen.

Overall, this delightful ensemble dramedy is reminiscent of a couple of other great urban classics, Love Jones (1997) and The Best Man (1999). That’s good company!