Percy Sledge, who sang ‘When A Man Loves a Woman,’ dies 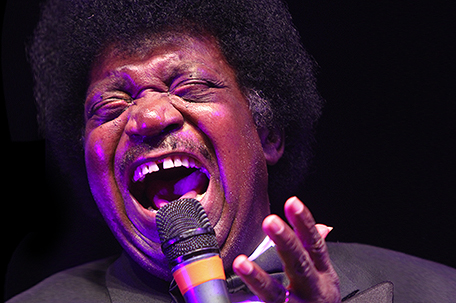 ABOVE PHOTO:  In this Aug. 20, 2013, photo, Percy Sledge performs at An Evening with the Legendary Percy Sledge and Friends in Florence, Ala. Sledge, who soared from part-time singer and hospital orderly to lasting fame with his aching, forlorn performance on the classic “When a Man Loves a Woman,” died Tuesday, April 14, 2015, in Louisiana. He was 74. (Allison Carter/The TimesDaily via AP)

Sledge’s first recording took him from hospital orderly to a long touring career averaging 100 performances a year and an induction into the Rock and Roll Hall of Fame in 2005.

Between 1966 and 1968, Sledge used his forlorn, crying vocal style to record a series of Southern soul standards.

In later years, Sledge continued to be an in-demand performer in the United States and Europe as “When a Man Loves a Woman” kept popping up in movies, including The Big Chill and The Crying Game.