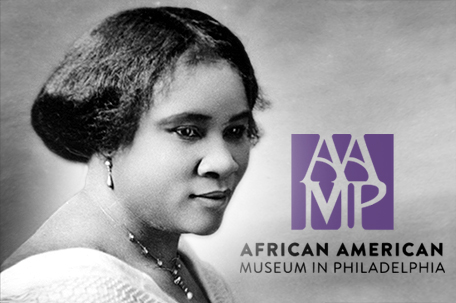 PECO is celebrating African American History Month 2016 by supporting many local events that contribute to the rich heritage of African Americans in the Greater Philadelphia region. Events include:

•  February 3 to March 20: The African American Museum in Philadelphia presents Drapetomanía: Grupo Antillano and the Art of Afro-Cuba – An exhibition curated by Alejandro de la Fuente, Drapetomanía is a tribute to Grupo Antillano, a forgotten visual arts and cultural movement depicting the importance of African and Afro-Caribbean influences in the formation of the Cuban nation. More information at aampmuseum.org.

•   February 6:  24th Annual African American Children’s Book Fair at the Community College of Philadelphia – The book fair is the nation’s oldest and largest one-day event for African-American children’s books, drawing more than 3,500 visitors. Festivities include readings from award-winning authors and illustrators, games and prizes, book signings and literary resources. A wide selection of books from nationally-acclaimed African-American writers will be available for purchase. More information at theafricanamericanchildrensbookproject.org.

•  February 7:  Free First Sundays at the Barnes Foundation –  February’s programming includes the unveiling of Art Sanctuary’s 32nd Celebration of Black Writing, an annual, month-long festival gathering thousands of artists, authors, singer/songwriters and more who are deeply connected to African and African-American culture. The day will also include a performance by KIPP Charter School’s All-Region Honor Band. More information at barnesfoundation.org.

February 11:  Sixth Annual Philadelphia Tribune Christopher J. Perry/Carter G. Woodson Black History Awards Luncheon at the Union League of Philadelphia – The Philadelphia Tribune’s luncheon honors men and women who have made a significant impact on African-American history in Philadelphia and beyond. Each year, the event serves as a notable learning and networking opportunity for hundreds of attendees. More information at phillytrib.com.

February 10:  African American Innovators of Yesterday, Today and Tomorrow – Arnett Woodall, owner of West Philly Produce, will discuss how he transformed the corner of 62nd and Ludlow streets from an empty lot into a produce store for West Philadelphia families. This event will take place at PECO’s Christian Street Service Building (830 S. Schuylkill Ave., Philadelphia).

February 11:  Conversation with an Innovator – Christopher Grey, co-founder of Scholly and one of Forbes’ “30 Under 30” will present on his experiences on “Shark Tank” and how he continues to innovate his app that helps students easily find college scholarships. This event will take place at PECO’s Main Office Building (2301 Market St., Philadelphia).

February 12:  “Take a Step Back in Time with the Harlem Renaissance” – Take a journey back to the 1920s and 1930s to learn about the social and artistic explosion that characterized the Harlem Renaissance. Poetry by African-American poets will be read, and live music from the period will be performed. This event will take place at PECO’s Warminster Service Building (400 Park Ave., Warminster).

February 18:  Innovators of the 21st Century – EAARA will present a film on African-American innovators, as well as host a display of African-American artwork. This event will take place at PECO’s Plymouth Service Building (680 Ridge Pike, Plymouth Meeting).

February 23:  PECO’s African American History Month Signature Event at the African American Museum in Philadelphia (AAMP) – PECO and AAMP host George Fraser, award-winning entrepreneur and author, and Gina Paige, founder of AfricanAncestry.com. Fraser will discuss the importance of networking in increasing opportunities for people of African descent. Paige will present on how she pioneered an innovative way for African Americans to trace their African lineage.