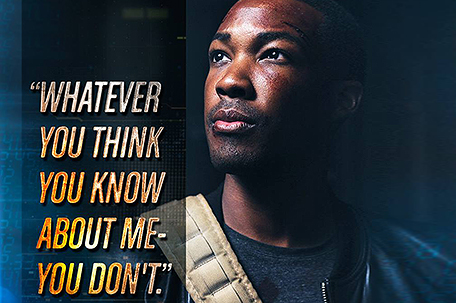 Get to know Corey Hawkins’ Eric Carter in new ’24: Legacy’

Starring Corey Hawkins, Miranda Otto, Anna Diop and Jimmy Smits, “24: Legacy” chronicles “an adrenaline-fueled race against the clock” to stop a devastating terrorist attack on United States soil, unfolding in the same real-time format as the original series, with each episode representing one hour of an eventful day.

Hawkins plays Eric Carter, who is described as a “strong and smart” man who “turned his life around in the Army Rangers.” When he returns to Virginia, he’s pulled back into action by the Counter Terrorist Unit in order to prevent a domestic attack.

Anna Diop is cast opposite Hawkins as his wife Nicole Carter, in what is expected to be a significant role, just as Jack Bauer’s wife was in the original series that starred Kiefer Sutherland.

“24: Legacy” is a production of 20th Century Fox Television and Imagine Television in association with Teakwood Lane Productions. Howard Gordon, Brian Grazer, Manny Coto, Evan Katz and Kiefer Sutherland are executive producers. Coto and Katz wrote the pilot script, which was directed by Stephen Hopkins, who will also serve as executive producer on the pilot and series. The original series was created by Joel Surnow and Robert Cochran.

Weak US card security made Target a juicy target