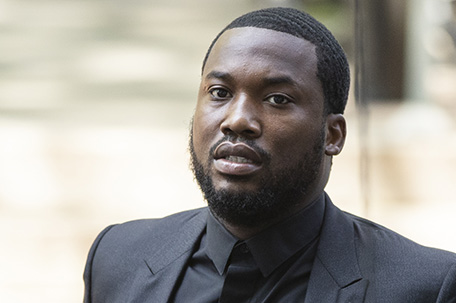 HARRISBURG, Pa. — Rapper Meek Mill, who spent most of his adult life on probation following a teenage arrest, celebrated the latest twist in his legal case last Friday after he was pardoned by Pennsylvania Gov. Tom Wolf.

“I got pardoned today,” the 35-year-old rapper born Robert Williams tweeted, noting he has come a long way.

Under a photo of the pardon on Instagram, the Philadelphia rapper-turned-entrepreneur, who has been active in criminal justice reform for years, vowed to keep doing more for his community.

Wolf signed his final 369 pardons this week, adding to his Pennsylvania record of number of pardons granted since he took office in 2015. Williams was pardoned of gun and drug charges.

At a 2008 trial, a judge found Williams guilty of drug and gun charges and sentenced him to about one to two years in jail followed by 10 years of probation.

The case came to a head in 2017, when the judge sentenced Williams to two to four years in prison for violating probation, citing a failed drug test, failure to comply with an order restricting his travel and two unrelated arrests. The judge issued the ruling despite a prosecutor and a probation officer recommending that Williams not be incarcerated.

Williams spent months in prison before he was released, and a Pennsylvania appeals court overturned his conviction in 2019 because new evidence undermined the credibility of the arresting officer. The next month, he pleaded guilty to a misdemeanor gun charge in a deal that resolved the 2007 arrest.