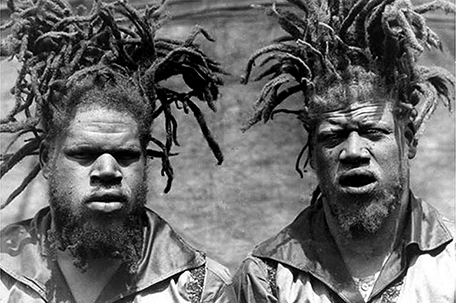 ABOVE PHOTO:  George and Willie Muse

The true story of two African American brothers who were kidnapped, displayed as circus freaks, and whose mother endured a 28-year struggle to get them back, is at the center of author Beth Macy’s book “Truevine: Two Brothers, a Kidnapping, and a Mother’s Quest: A True Story of the Jim Crow South,” published by Little, Brown and Company.

Summarizing their story, in an 1899 tobacco farm in the Jim Crow South town of Truevine, Virginia, George and Willie Muse were two Black albino boys born into a sharecropper family. One day a White man offered them a piece of candy, setting off events that would take them around the world and change their lives forever. 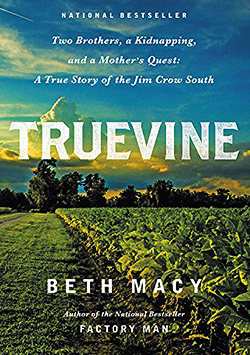 Forced into the circus, the Muse brothers performed for royalty at Buckingham Palace and headlined over a dozen sold-out shows at New York’s Madison Square Garden. They were global superstars in a pre-broadcast era. But the very root of their success was in their albino skin, and in the outrageous caricatures they were forced to assume – supposed “cannibals,” “sheep-headed freaks,” even “Ambassadors from Mars.” Back home, their mother never accepted that they were “gone” and spent 28 years trying to get them back.

Now Paramount Pictures and Leonardo DiCaprio’s Appian Way shingle are negotiating to acquire screen rights to the book to be developed as a potential star vehicle for DiCaprio. Amazon’s description of the book adds that it explores a central and difficult question: “Where were the brothers better off? On the world stage as stars, or in poverty at home?”

So one can imagine a scenario in which the boys’ captor may be painted as more of a, dare I say, “savior” who believes his act rescued them from lives of poverty, and turned them into stars. I’m obviously reaching here, but this is Hollywood movie-making, where artistic license reigns. DiCaprio could also create a role for himself, playing a character that wasn’t part of the boys’ story.