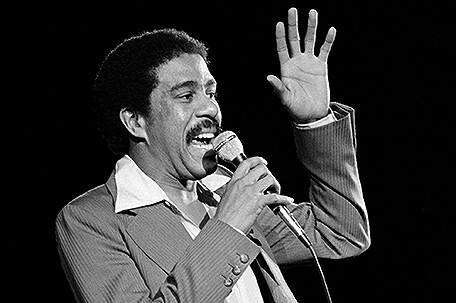 ABOVE PHOTO: Comedian Richard Pryor lets loose with a satire attack on gays at the Hollywood Bowl in Los Angeles, Calif., on Sept. 19, 1977. The star-studded benefit was to counter the anti-homosexual campaign led by singer Anita Bryant and California Congressman John Briggs. was one of the performers on the show called “A Star Spangled Night for Rights.”  (AP Photo/Lennox McLendon)

NEW YORK–Paramount Network has teamed up with Network Entertainment to honor the life of celebrated comedian and actor Richard Pryor in the latest installment of the “I Am” documentary franchise. “I Am Richard Pryor” will make its world premiere at South by Southwest Film Festival on Tuesday, March 12, and will debut on Paramount Network on Friday, March 15 at 10:00 p.m. ET/PT, followed by an encore on Comedy Central at 11:30 p.m. ET/PT.

“I Am Richard Pryor”explores and celebrates the life and career of the iconic comedian who lifted himself out of poverty to achieve worldwide success. From his first comedy album until his death of a heart attack in 2005, the revolutionary stand-up comedian dispensed what critics regarded as the most poignant and penetrating comedic view of African-American life ever afforded to the U.S. at large. Volatile yet vulnerable, crass but sensitive, streetwise and cocky, Pryor did not simply tell stories, he brought them to life and was considered a trailblazer for generations of comics to come. The film explores his unusually personal art that was a window into a vulnerable soul, as well as the endless struggle to extend dignity and equality to all.

“I Am Richard Pryor” is executive produced by Paul Gertz Kent.