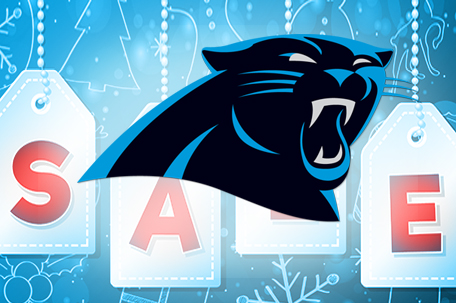 CHARLOTTE, N.C.  — The stunning news of the rare opportunity to purchase an NFL team has quickly garnered the attention of sports figures, business investors and politicians alike.

Amid reports of sexual and racial remarks made by Carolina Panthers owner and founder Jerry Richardson in the workplace, he has unexpectedly announced that he is selling the NFL franchise after this season ends.

It was a bombshell that rocked the Carolinas, and generated shockwaves inside and out of the organization. The team Monday promoted Tina Becker as COO and gave her full control of the day-to-day operations.

Becker said in a release that “these have been some of the most difficult days of my 19 years with the Panthers.” She added that her immediate focus will be on corporate side of the organization, “while addressing the real concerns that have been raised in recent days.” 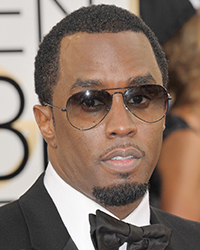 Richardson, meanwhile, stepped away from daily responsibilities to focus on the sale of the team — which will come with a multi-billion dollar price tag.

That’s what is known, but Richardson’s decision to walk away after nearly 25 years as owner has left more questions than answers about the franchise’s future — most notably, who will buy it and will they keep the team in Charlotte.

Charlotte Mayor Vi Lyles said she is committed to working to keep the team in Charlotte.

“The City of Charlotte values its long-running relationship with the Panthers after more than 22 seasons of NFL football,” Lyles said in a statement to The Associated Press. “The Panthers are part of Charlotte’s fabric. We’ve celebrated victories and anguished over defeats. We understand transitions are inevitable, and we look forward to working with current and future ownership.”

The Panthers are tethered to Charlotte through the 2018 season because of an agreement on an $87.5 stadium renovation between the city and the team in 2013. That renovation is nearly complete.

But a buyer could potentially purchase the team and move it in 2019.

Former North Carolina Gov. Pat McCrory, who was mayor of Charlotte when the Panthers settled into their new stadium, has seen both sides. He also was the mayor when the Hornets left town. He said another question might be about Bank of America stadium. 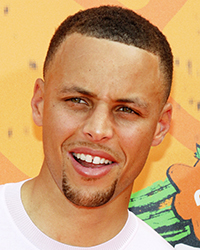 “Will (the new owners) ask for government subsidy to continue to improve the stadium, or, in fact, even build a new stadium, like what’s happened in Atlanta and Dallas?” McCrory said. “That would be a tall order.”

He said it will be a business decision— and the highest bidder will get the team, to possibly do with it as they chose.

“Unless the NFL steps in and says, ’No, you need to have a local ownership group,’” he said, “which I’d encourage them to do.”

Panthers coach Ron Rivera was “a little taken aback” when Richardson informed him Sunday night of his decision to sell the team. But he too believes the Panthers should remain in Charlotte.

“This organization has been a source of pride and goodwill and I would like it to continue,” Rivera said Monday. “This is a great community with a very supportive fan base that has been out there for us. They have been here for me and this football team and I hope that somehow it is able to stay here.”

The chance to purchase an NFL team has potential suitors coming out of the woodwork.

Rapper and actor Diddy indicated his interest in purchasing the Panthers on Twitter moments after Richardson’s announcement.

Two-time NBA MVP Stephen Curry, a Charlotte native, chimed in with “I want in!” 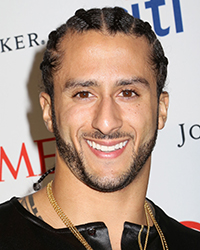 Other businessmen with Charlotte connections could show interest as well.

Speedway Motorsports chairman Bruton Smith and his son, CEO Marcus Smith, have previously expressed interest in purchasing the Panthers should the opportunity arise.

And the Panthers are loaded with minority owners including real estate magnate “Smoky” Bissell, Family Dollar founder Leon Levine and members of the Belk family. Developer Johnny Harris, who was instrumental in luring the Wells Fargo Championship — and later the PGA Championship — to Charlotte, could also decide to increase his ownership stake in the team.

Let’s not forget Michael Jordan. The six-time NBA champion owns the Hornets. However, Jordan’s interest level is unknown and his representative Estee Portnoy said she had no comment on the Panthers sale.

More names will surely emerge over the next several weeks, but they need to be ready to write a big check. Forbes Magazine recently estimated the Panthers worth at $2.3 billion.