Owen Valentine: The Science of Sound 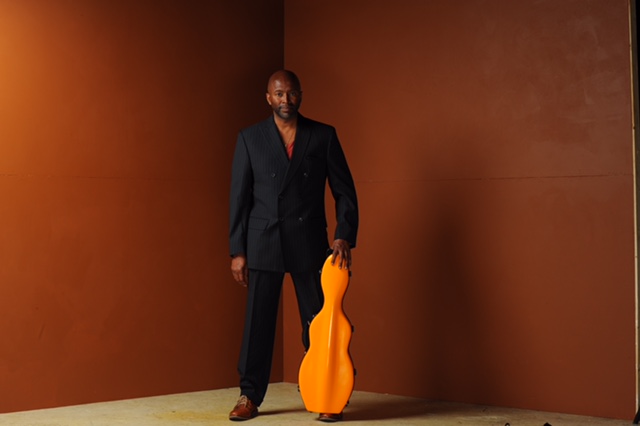 Owen Brown, known to many as “Fiidla”, is widely recognized as a virtuoso. The vocalist, violinist, multi-instrumentalist and vocal coach to the stars, has spent his career carving a lane that is truly his own. Brown, who recently rebranded himself as Owen Valentine, did so with great intention. The name ‘Owen Valentine’ translates into “Prince of Healthy and Strong.” The dual hats he wears as Owen Valentine the performer and Dr. Owen Brown the naturopathic vocal coach, have allowed him to continue to lend his expertise to the music world. 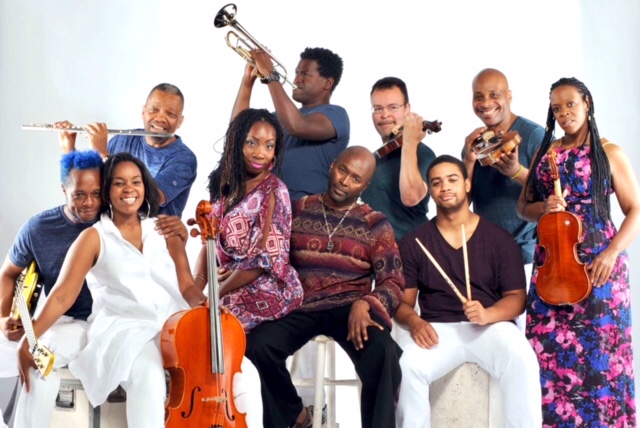 Owen and the Urban Classique orchestra

Born in London, Brown became a transplant of Philadelphia and attended Temple University. Brown’s path to becoming one of the most sought after vocal coaches in the country, was one that occurred as a result of happenstance. Brown said, “I was a serious jazz singer at one point. What happened was, people kept asking me “How did you do that?” That was initially the start. I was helping people figure out a particular run, riff, or how to hit this or that note. I didn’t want to do it… I once swore I would never be a teacher. It wasn’t something I wanted to do, but I kept doing it. Eventually I realized that not only was I good at it but I liked it. I ended up finding a passion that I didn’t know was hidden in me.”

That hidden passion has been instrumental in the careers of some of the most established singers in the business. Brown has coached Earth, Wind & Fire, Jill Scott, Lil Kim, Mary J. Blige, David Hollister, Mario, Boyz II Men and many more. After six to seven years, Brown became serious about teaching and found himself teaching as many as eight to ten sessions a day. Additionally, Brown was hired as a vocal coach for some of the biggest labels in the world including; J Records, Sony Music, Atlantic, Hidden Beach and Interscope. As non-conventional paths go, Brown found himself on yet another journey to creation.

After spending many years as both a voice teacher and a performer, Brown noticed how many singers were getting sick. There was an absolute need and niche for something that could help them combat illness, vocal fatigue, and injury. Encouraged by his own naturopath Dr. Frank Wyatt to explore, Brown went back to school and received his doctorate in naturopathic medicine. After five years of research, testing, and trial and error, Brown created the SMT “Save My Throat” formula. His invention would later save his voice and the voices of many others. “I invented the formula after receiving a serious vocal injury myself. I swallowed a piece of broken glass that was in a glass of water while on the road. That was the reason I invented it… nothing existed that was getting my voice back, [and] there was nothing out there that would actually fix my voice.” Brown added, “And Western medicine, the first thing they want to do is charge you $2000 to stick a camera down your throat and that can make it worse so I kept looking for another option. Now the voice doctor, the voice teacher, and naturopath had to find his own answers… and I did. I’ve had a 100 percent success rate with SMT. It’s an all-herbal formula that I brew and combine through a process. It literally repairs voices.” Thankfully for the music world, SMT will be on the market and available for purchase very soon at www.drowenbrownjrnd.com.

After a lifetime of creating, developing, and nurturing his career and the careers of many others, Owen Valentine is stepping to the forefront yet again for another performance. Valentine will take his eclectic mix of soul and jazz vocals reminiscent of D’Angelo, Eric Benét and Maxwell and pair it with his own orchestra, Urban Classique. Urban Classique, includes live strings, a trumpet, piano, guitar, and bass,vocals lead by Valentine and his five string electric violin.

The Science of Sound 2 show will take place on September 9th at The Rotunda, 4014 Walnut Street in Philadelphia. In addition to Valentine and Urban Classique, the show will also feature guitarist Gab Guma. Doors open at 7:00 PM, the show begins at 7:30pm. Tickets are available at https://www.eventbrite.com/e/the-science-of-sound-2-groove-able-notions-tickets-36552065211. Purchase your tickets while they last… this is a musical experience you don’t want to miss!