Oscars: The Envelope Please: Who Will Win, Who Deserves to Win, Who Was Snubbed 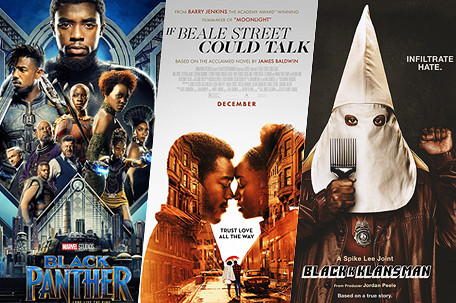 2018 was a banner year for Black cast films, including “BlacKkKlansman” “Black Panther”, “Green Book” and “If Beale Street Could Talk.” Might Spike Lee (“BlacKkKlansman”) finally win the Best Director and Best Picture Oscars which have eluded him over the course of his 40-year career?

Not likely, despite the Academy’s history of rewarding overlooked legends more for their body of work than for their latest offering.

How about “Black Panther”, the highest-grossing ($1.34 billion) superhero movie of all time? It was nominated for seven Academy Awards, but only in one major category, Best Picture.

None of its actors were recognized. The snub is reminiscent of how in 2001, none of the “Crouching Tiger, Hidden Dragon” cast members received nominations, although the film landed 10 overall.

“If Beale Street Could Talk”, Barry Jenkins’ critically-acclaimed adaptation of the James Baldwin novel of the same name, wasn’t even nominated for Best Picture, though Regina King is the favorite to win for Best Supporting Actress. The crowd-pleaser “Green Book” might have had a shot at Best Picture were it not for the Mexican drama, “Roma”.

It looks like the semi-autobiographical, black & white adventure, written and directed by Alfonso Cuaron, is destined to garner the most glory on Oscar night, including Best Picture and Best Director.

Why the Academy lavished “Roma” with 10 nominations and “Crazy Rich Asians” with none is beyond the ken of this critic. Two of my other faves, “Eighth Grade” and “Private Life”, were also totally ignored.

These are my picks to win in each major category, followed by which nominee is the most deserving, followed by the best pictures and performances not even nominated. The Oscars will air live on Sunday, February 24th at 8 pm ET / 5 pm PT on ABC-TV. The show will have no host, since the producers couldn’t find a replacement for Kevin Hart, who withdrew in the wake of condemnation for some homophobic tweets.

Will Win: Glenn Close (The Wife)

Will Win: Regina King (If Beale Street Could Talk)

Will Win: The Favourite

Predictions for the Rest of the Categories

Animated Feature: Spider-Man: Into the Spider-Verse

Sound Mixing: A Star Is Born

The Envelope Please: Your Guide to the Oscars: Who Will Win, Who Deserves to Win, Who Was Snubbed