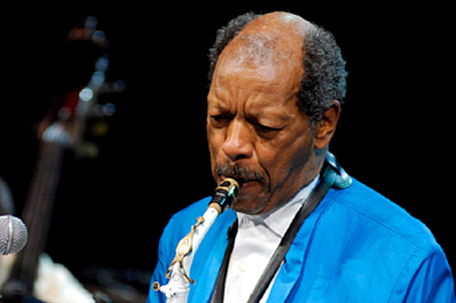 The alto saxophonist and composer was a controversial jazz innovator, died in New York

Ornette Coleman, a self-taught alto saxophone player who was feted as an avant garde genius of jazz, has died in New York aged 85.

His 1959 album The Shape of Jazz to Come is considered one of the most groundbreaking in jazz history – he was credited with launching the free jazz movement – but he was never interested in labels, saying: “Music is an idea more than a style. All the styles – classical, funk, church – are played by exactly the same notes. Styles wear out like shoes.”

He unveiled his free jazz direction in November 1959, with a residency at the Five Spot club in New York. The performances divided jazz fans.

In 2007, (at 77), Coleman won the Pulitzer Prize for music with his recording Sound Grammar, a document of a 2005 concert recorded live in Italy. After receiving the award, the saxophonist, trumpeter, violinist, composer, musical theorist and jazz revolutionary said: “I was very surprised. Just like a kid getting a big toy or something. I had no idea that that would occur.”

Coleman was only the second person from the jazz world to receive the Pulitzer for music – it had gone to Wynton Marsalis in 1997.

He was born in 1930 in Fort Worth, Texas. “There were so many different kinds of music there – Irish, country and western, blues, sacred.” The young Coleman absorbed all of these. But his conclusion was that, fundamentally, these were all just music: “It was being played by the same people with the same notes.”

He grew up in a racially segregated America. Coleman received his first saxophone at age 14. His mother saved money to buy the instrument by working as a seamstress. At a dance in Baton Rouge, Louisiana, in 1949 he was beaten up, and his saxophone smashed, prompting him to move to Los Angeles.”I had some very tragic times in Baton Rouge,” he later recalled. “Some guys beat me up and threw my horn away. ‘Cause I had a beard, then, and long hair like the Beatles. I didn’t want to be bothered with people that were unkind.”

Coleman wrote outside of the jazz genre, including string quartets, music for dance, woodwind quintets, and in the early Seventies, a symphony called Skies of America, composed with support from his Guggenheim Foundation Grant.

Coleman worked with a range of musicians, including Jerry Garcia and the Grateful Dead, Yoko Ono and Pat Metheny, and In 1991 played on the soundtrack for David Cronenberg’s Naked Lunch. In 2007, he was honored with a Grammy award for lifetime achievement, in recognition of this legacy. He was married to poet Jayne Cortez (from 1954-1964) and they had one son, Denardo, who is now a bandleader.

Coleman’s motto for his music, often uttered before starting his performances, was “I’d like to go out in space tonight.”