Oprah Winfrey’s Harpo Studios to shut down in December (but is it a good thing?) 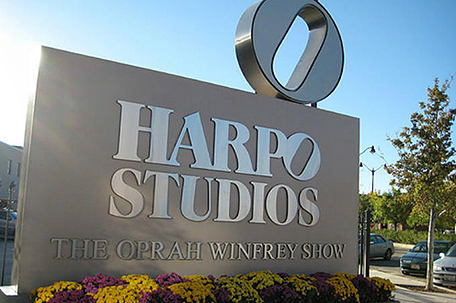 OWN network. OWN programming currently being produced at the Chicago studio will end this week.

Winfrey issued a statement saying, “[Chicago has] been everything for me. I’ve spent more hours in this building than I have any other building on Earth. We were here when there was nothing but hoes and rats on the street, and now it’s one of the hottest neighborhoods.” (And she’s not lying. 20 years ago, you could have given away that area of town. Now you can’t afford to live there, unless you’re Warren Buffett.)

But the business has changed and she had to move with it, Winfrey said.

”The time had come to downsize this part of the business and to move forward,” she said. “It will be sad to say goodbye, but I look ahead with such a knowing that what the future holds is even more than I can see.”

The clock had been ticking on the studio’s demise, which Winfrey opened nearly 30 years ago in 1986, when the Chicago-based real estate developer, Sterling Bay Cos., bought the four-building, 170,000 square foot studio in 2014, paying $30.5 million, in a deal for five different land transactions.

But did Winfrey do the right thing?

The physical studio gave her tremendous power and status in the business. How many people in the industry can claim that they own their own studio production facility, outside of Tyler Perry? But, as she said, the business has changed, and certainly, it was becoming nothing but a huge expense, producing little, while costing her a lot. Likely the same thing is happening to Perry right now.

Perhaps studios are increasingly becoming relics of the past, and it was smart of her to unload it, to keep ahead of the rapidly changing nature of the media business.