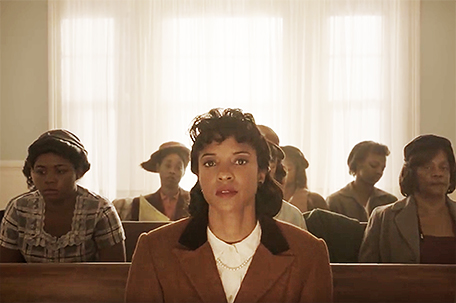 In 1951, a vibrant African-American woman was dying of cervical cancer at age 31. Under the bright lights of an operating room, surgeons harvested cells from her tumor that would prove to be astonishingly immortal and would change the face of medicine forever. Yet she — and any recognition of her involuntary donation — would long remain unknown.

HBO Films’ “The Immortal Life of Henrietta Lacks” is her story, as told through the eyes of her daughter, Deborah Lacks (Oprah Winfrey). Aided by journalist Rebecca Skloot (Rose Byrne), Deborah sets out to learn about the mother she never knew and to understand how the unauthorized harvesting of Henrietta’s (Renée Elise Goldsberry) cancerous cells led to unprecedented medical breakthroughs, creating a medical revolution that changed countless lives. It’s a true story of medical arrogance and triumph, race, poverty and deep friendship between the unlikeliest of people.

“The Immortal Life of Henrietta Lacks” is a Harpo Films, Your Face Goes Here Entertainment and Cine Mosaic production.

The film will also be available on HBO NOW, HBO GO, HBO On Demand and affiliate portals. 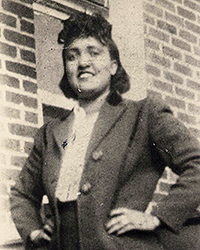 Henrietta Lacks grew up a tobacco farmer from Virginia and, in 1951, was a married mother of five when she was diagnosed with cervical cancer at age 31. Under treatment at Johns Hopkins Hospital in Baltimore, tissue from her malignant tumor was removed without her knowledge or that of her family, as was standard practice of the day. Her tissue was given to Dr. George Gey, who, at Johns Hopkins, had been trying for nearly 30 years to grow an immortal cell line. Scientists around the world had been making similar efforts with cell lines for decades in order to do human testing that was impossible to do on living human beings.

Up until this time, no one was able to grow human cells in the culture of a petri dish. However, Lacks’ cells, multiplying at a feverish pace and accelerating the deadly cancer inside her body, continued to grow, inexplicably – one might say, miraculously – and multiply outside her body in laboratory conditions. What started as a doctor’s curiosity led to the birth of the biomedical industry and the use of what was known as HeLa cells in tens of thousands of research studies over the years, from the development of drugs for polio, leukemia, influenza and Parkinson’s disease, to cloning and gene mapping, to their inclusion in the first space missions to study the impact of zero gravity on human cells. Lacks’ cells have been bought and sold by the billions and continue to exist and multiply today.

Science journalist Rebecca Skloot spent ten years researching the story behind the HeLa cells, trying to bring Lacks’ story to light. Her 2010 New York Times bestseller, “The Immortal Life of Henrietta Lacks,” not only explains the scientific background of Lacks’ story, but follows her efforts to win the trust of the Lacks family and join Henrietta’s daughter, Deborah, as they set out to discover the woman whose silent contribution changed the world. 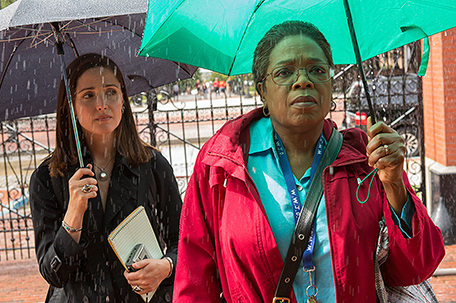 Rose Byrne and Oprah Winfrey in a scene from “The Immortal Life of Henrietta Lacks.”

Multiple Tony Award winner, DGA winner and Emmy® nominee George C. Wolfe brings the book to the screen, based on an adaptation of the story.

“The book is massive,” explains Wolfe. “Massive emotionally, intellectually; it’s a science book and it’s an intimate book about families and race in America and economics and power. All these things are juggled in fascinating and interesting ways.”

Executive producer and star Oprah Winfrey became intrigued by the book before it was even published. Aware of the competitive bidding for the film rights while it was still in galley form, she called Rebecca Skloot to express her recognition of and appreciation for the ten years’ worth of determination it took for the young writer to get Henrietta Lacks’ story told.

“Had she not had the conviction to stay with the story, we still wouldn’t know about Henrietta; the world would not know about her story. Rebecca was able to put it within a context that the world could receive and understand, and now, we’ve taken it to the next level,” said Winfrey.

Originally, Winfrey did not see herself participating in the project as an actor, because she couldn’t fully relate to the character of Henrietta’s daughter, Deborah. That changed when director Wolfe took a hand to the script.

For the screenplay, Wolfe decided to focus on Deborah Lacks’ determined quest to revisit her mother’s past, having lost her at age two, as well as her relationship with Rebecca Skloot, the eager young journalist who instigated her search.

“The story is about loss and identity, the power of knowing your own story and how it manifests itself inside of you. It’s about the desire to know so that you can be a more complete human being,” said Wolfe.

“It wasn’t until I saw George’s breakdown of the script in such a way that I understood it was actually about a daughter in search of her mother,” explains Winfrey. “It’s about a daughter who is, really, in search of her mother’s love and connection in order to validate, verify and affirm for herself that she was loved. Knowing that part of the story is what allowed me to take it on.”