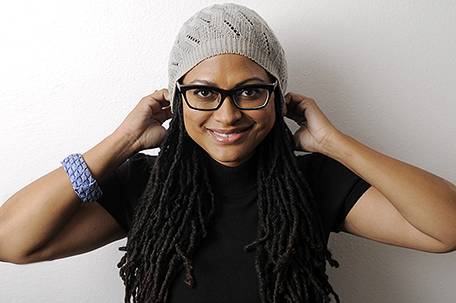 Will the Martin Luther King Jr project most likely to be made first, please stand up?

On the heels of the announcement that the Oliver Stone/Jamie Foxx MLK project is apparently no more (thanks to concern that Stone’s film would tarnish the saintly public image of the Civil Rights leader), comes news, courtesy of The Hollywood Reporter, that Oprah Winfrey has come on board to act as a producer on Ava DuVernay’s MLK pic, Selma, which David Oyelowo is attached to star in.

DuVernay took over directing duties of the film from Lee Daniels, who had long been attached to helm, but faced a financing wall (among other hurdles), and moved on to other projects.

Winfrey joins the Pathe UK-backed project, which already boasts Brad Pitt’s Plan B and Christian Colson (who won an Oscar for producing Slumdog Millionaire) as producers. Talk about a trio of heavies behind the project; and let’s not forget Pathe as well.

The feature drama centers on the 1965 landmark voting rights campaign regarded as the peak of the civil rights movement.

So it’s not specifically an MLK biopic, as other MLK projects in development, being followed by this blog, are.

It’s worth noting that Oprah previously had an HBO miniseries on MLK in the works, a few years ago. No word on whether that’s still something to look forward to, given her attachment to DuVernay’s Selma.

The other key MLK project we know of is Paul Greengrass’ Memphis, which we learned, most recently, that Forest Whitaker will star in.

Whether Oliver Stone’s project will be resuscitated remains to be seen. As he shared on Twitter, explaining why it’s been cancelled:

“I’m told the estate & the ‘respectable’ black community that guard King’s reputation won’t approve it. They suffocate the man & the truth […] I wish you could see the film I would’ve made. I fear if ‘they’ ever make it, it’ll be just another commemoration of the March on Washington.”

No word yet on whether any of them is still attached or even interested.

I should also note, in closing, that it was in 2012 when Lee Daniels, apparently unable to get Selma off the ground, announced that he was teaming with Hugh Jackman (who was also attached to Selma), to take on Martin Luther King Jr.’s assassination, in a new film that would reportedly explore an “unconventional view of King’s murder.”

To be titled Orders To Kill, the film was to tell an alternative version of the MLK shooting, with Daniels directing of course, and Jackman starring. It would be based on William Pepper’s book of the same name, which had already been adapted to screenplay format, and was apparently ready to be shot, with Millennium Films producing and finance the film.

Last we checked, over a year ago, the project was being shopped around to distributors in Hollywood. But no word on whether it’s still alive. Likely not.

For years, films about the Civil Rights Leader and icon have stalled, with disapproval of content (specifically depictions of MLK in each script) by influential voices (Andrew Young and the King Estate notably) being a primary hurdle.

It however looks like Selma is on its way to becoming a reality, finally, especially with Oprah joining the push.